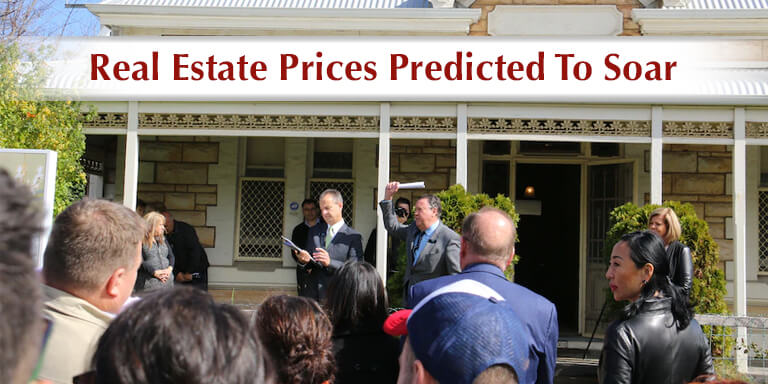 A certain something called the coronavirus has bottled all previous predictions about the real estate prices in Australia especially in Sydney, Adelaide, and Brisbane. Previously predicted to show decreasing trends in pricing, the pandemic has made the sector execute a complete U-turn.

Reports from Adelaide and Brisbane show that real estate prices have gone up by 2.6% and 2.9% respectively in December. Sydney has an average value of a house at $1 million. Melbourne and Perth have also shown similar patterns with rising prices around the 1% growth line. These are record-breaking numbers in three decades. These statistics have a playing factor behind them though – Omicron. Earlier dubbed to be a buyer’s market in 2022, real estate might as well continue to be in the seller’s benefit.

Of course, there are varying opinions by experts all around. Rising interest rates in real estate had been the biggest factor in predicting the fall of prices. The emergence of the new strain however means that the market could ignore interest rates and be willing to pay higher sums for a house. First-time buyers are under the highest pressure owing to this shift in trend.

A sharp 22% rise in property prices is the highest the country has witnessed in 3 decades as aforementioned. CoreLogic’s Head of Research, Tim Lawless suggests that tightening lending standards and rising interest rates will still be the major factors in deciding rates, meaning that 2022 and 2023 will actually see prices fall.

There is no debate, however, about interest rates being the primary indicator. ANZ senior economist, Adelaide Timbrell, adds that delays in revision of interest rates by the Reserve Bank will shift the price decline to a further year. As of now, that is 2022, prices will still follow the upward trend. She further says that although the rise might not be as sharp as before, the direction will remain the same.

Prices in suburban and regional areas went up at a higher rate than the main cities such as Sydney and Melbourne. Brisbane, Perth, and Adelaide have a similar pattern as well.