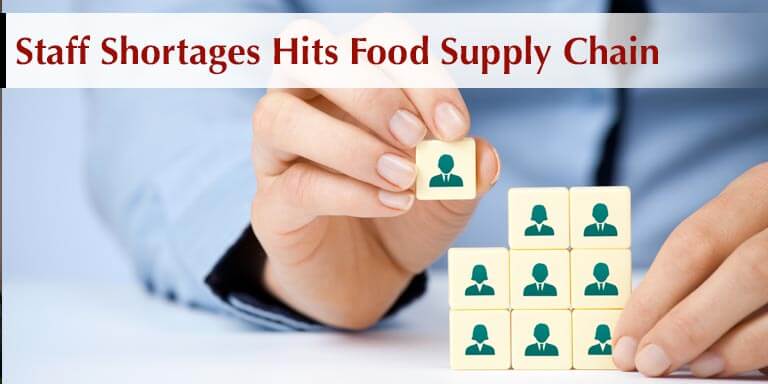 Staff shortages due to the ongoing crisis have forced some restaurants to shut down due to a lack of food and stock supply. Brisbane and Gold Coast are two major cities affected by the cut in logistics. Here’s everything you need to know.

Reports coming in from restaurant owners in Brisbane say that they are suffering a huge hit to their economy due to disruptions caused by distributors having a staff shortage. Not only this, Gold Coast suppliers say that industries such as hospitality, events, and entertainment are also affected. Anything remotely connected to the food supply chain is under foray.

The average decline in the number of truck drivers, for example, collected from various sources, is 45%. Most of these people have family members affected by the virus and therefore have to quarantine themselves as well. This has also resulted in the remaining drivers working overtime and bearing extra stress and burden. The unfortunate business owners say that the 2020 lockdown had resulted in a loss of thousands of dollars. They fear that 2022 can be a death blow to their occupation if things get worse.

Supermarkets and supply shops are also in the midst

Supermarkets have also reported a decline in the food supply. Although, the situation isn’t so bad here as the variety of goods sold in supermarkets is keeping them afloat. In response to this, the state government has removed regular testing of truck drivers. But this is just the tip of the iceberg. Running away from the problem won’t solve it. Prime Minister, Scott Morrison said that truck drivers are an essential part of the economy that keeps Australia running. Therefore, every effort must be made to keep the supply chain going.

Family businesses and small shop owners have it the worst. In Brisbane alone, several restaurants and distributors have to stop their operations altogether. A specific case from Gold Coast reported that an 8-day shutdown in operations resulted in a loss of around a million dollars.

Although contact rules have been loosened, people affected by the variant have to isolate themselves. Since the number of cases is so high, staff shortages are just one of the many side effects hitting the Australian economy.