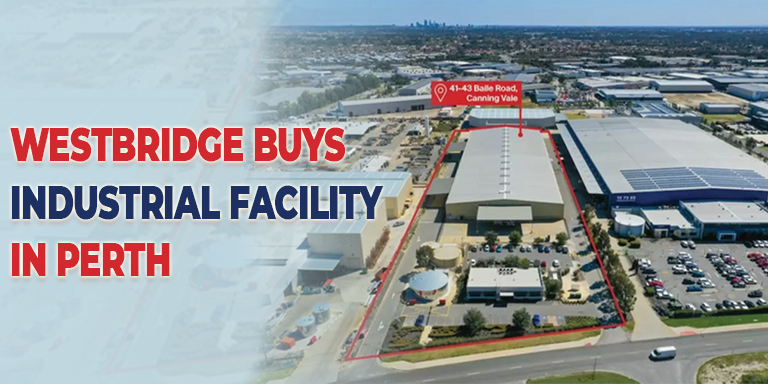 A large industrial facility in Canning Vale, Perth has been purchased for $16.2 million. Located just a few kilometres south of the Perth Central Business District, the deal is a great sign for WA’s industrial real estate.

As of now, this Perth facility is leased to a supplier of tools and other safety/work gear companies called Blackwoods. Blackwoods is a subsidiary of Wesfarmers (WES).

Damian Collins, chairman of Westbridge stated that the purchase was in line with their property portfolio. He further said that the deal also fits within the company’s goal of building a $100 to $150 million portfolio. This would contain around 12 tenants with different industry backgrounds. Damian concluded by saying that the deal was a long-term investment because of the high real estate value as well as due to their good relationship with Wesfarmers.

The projected return value for the deal is 5.03% and it will most likely further increase to 5.23% after the rent review. The location of the facility is an additional benefit to the owners. It falls within the major logistical area of Perth. It also has a lot of promise to return its value multifold and is a ‘safe’ bet for a long term investment.

The deal is a boost to WA’s industrial real estate which has been seeing a positive side to things due to low-interest rates and a rise in e-commerce. The logistics facility is also implicative of the difference between the east and the west in terms of an industrial estate. Also, the facility is connected by Perth’s major road network and is also close to other important road links.