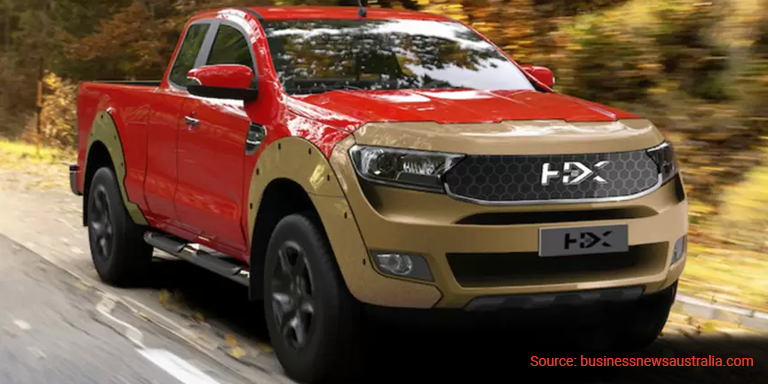 The next quarter might just be the beginning of an amazing year for H2X Global. With the launch of the extended-range hydrogen-powered Warrego ute, the automobile company is planning to grab new ‘eco-friendly’ drivers as well as retain the old customers.

The company has roped in a stunning $50 million in preorders. The Warrego is making waves across the country as car enthusiasts are ‘lining up’ to buy the new addition to the H2X family. This new family member can run for a whopping 750 kilometres before a refuel. It has a 220KW motor, has a top speed of 150kph, and an acceleration prowess of 100kph in 8 seconds.

The Australian automotive giants are also planning to make a name for themselves in Scandinavia. They have a contract with Sweden’s Renova, a waste management company. H2X clean fuel cells are every environment-caring driver’s first choice in many places.

Also, the Sydney based company will manufacture automobiles like light trucks for the city of Gothenburg. The government of Sweden (the municipal department) is on good terms with H2X. Basically, the company will add its fleet to the garbage disposal system in Sweden – as a start. Further, plans are to capture the transport industry as well.

CEO Brendan Norman mentioned in an interview that it is a great stepping stone for the company to develop a good relationship with Scandinavian countries. He said that it is just the beginning with H2X providing 500 vehicles to Gothenburg. Future plans are much more optimistic and ambitious.

He further stated that the company has experience with garbage vehicles before but the new ‘Sweden challenge’ is on another level. He mentioned that Sweden sets a standard for other European nations to follow when it comes to adopting renewable technology. H2X’s role in this department can be an amazing step for the company as well as for the Australian economy.

Norman has been working in the industry since the 1990s and has tonnes of experience in this domain. He has held senior roles in companies such as BMW and Volkswagen. H2X is involved in both lights as well as heavy manufacturing of automobiles as well as automobile parts.

Finally, the enterprising CEO of H2X said that hydrogen-powered batteries have a different market altogether when compared to EVs. He said that hydrogen vehicles have an edge over their competitors because of their fast charging capabilities.