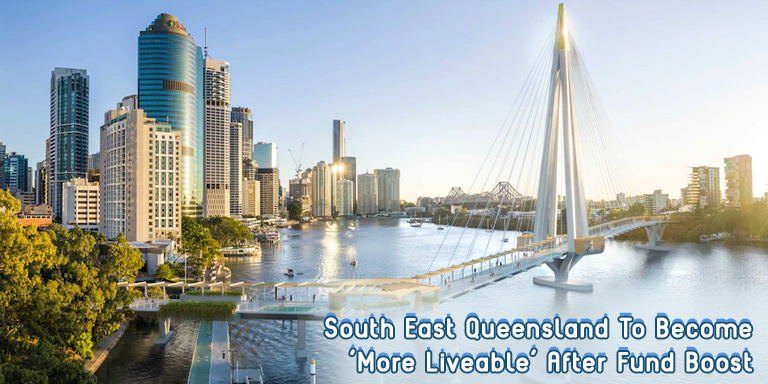 The South East Queensland Liveability Fund is set to receive $285 million in different sectors such as transport, digital network and social projects. The move is a giant step to make the region more attractive to residents as well as professionals.

In a deal, a total of $1.8 billion, South East Queensland is set to receive funds directed towards different sectors. All three levels of the government are almost ready to sign off on the multi-million dollar deal. The funds are allocated to more than 30 different projects that will improve the region’s logistics, digital network, and social structure.

The deal covers major urban areas such as Brisbane, Toowoomba, Ipswich, and the Sunshine Coast. Also, the cash injection will create around 2,000 new jobs. A $450 million will be processed towards the new Brisbane Metro Station. Out of the $1.8 billion, the federal government will invest $667.77 million and the state government will inject $618.78 million. Other than these two, the Council of Mayors of South East Queensland as well as the industry will also put in their respective shares.

The Gabba Brisbane Metro Station will also receive funds before the 2032 Olympics. Prime Minister Scott Morrison commented on the deal and applauded the region’s scope for growth and development. He also said that the three levels of the government are set to sign off on the deal. South East Queensland is in fact the fastest growing area in Australia.

The deal is a positive move for Queenslanders as well as professionals working in the area. The deal provides crucial infrastructure for growth. It will act as a catalyst for the region’s growing populace.

Queensland Premier Annastacia Palaszczuk said the deal is an important move to establishing the Australian legacy in front of the world. 2032 Olympic and Paralympics will be a great stage to do so.

The deal will also help the government in managing the population growth more sustainably. It will improve the quality of living of people residing as well as working in South East Queensland. The move is directed towards improving the infrastructure in a manner that will help the region grow exponentially over the coming decades.