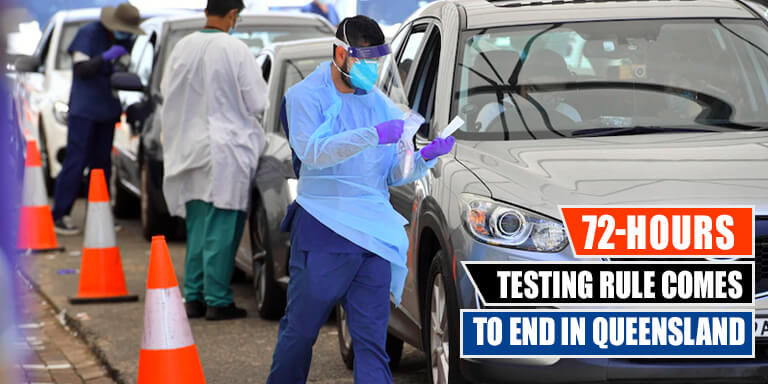 Travellers from other states entering Queensland had to return a negative PCR test before but now a rapid antigen test will be enough. Here’s all you need to know and how the change affects Australia.

The testing system in Australia is already overwhelmed with the large number of incoming cases. The decision to scrap the 72-hour rule was instigated by other states for the aforementioned reason. Other states such as Victoria and NSW pushed the Queensland Premier, Annastacia Palaszczuk to take the decision.

The decision was welcomed both by the tourism sector as well as logistics. As the Queensland Health Minister mentioned, the 72-hour test made “no scientific sense” and was putting added pressure on the already exhausted health system of the country. The decision came in just two days after SA removed the same rule.

Interstate logistics entering Queensland as well as the tourism industry welcomed the change with open arms. Industries such as packers and movers, courier services, B2B food services, etc. received a boost to their declining operations during the Omicron crisis.

Queensland Tourism Chief Executive Daniel Gschwind said that the scrapping of the rule will bring back the “confidence of the consumers and the travellers”. He also mentioned that the virus is something we must learn to live with and prepare how to minimise its effects to our economy.

As aforementioned, the removal of the rule means that the economy can start recovering even as the Omicron surge continues. Testing is going on at a huge rate which is good for the country and Queensland. Rapid antigen tests are still available in large quantities as well which makes more sense to use seeing that the other tests aren’t as effective in determining the depth of the problem.

Finally, the five-day testing rule has also been removed from Queensland. Earlier there was a huge backlog and testing delays due to this; another blow to logistics and tourism. Thankfully, this has now been removed.