2020 the year to no one is going to forget began on a positive note-like all other years do. However, it quickly turned into the year that brought the planet to a “new normal” and gave the word “incredible times” a whole new meaning. A lot of things have occurred in 2020 – from the coronavirus pandemic to the destructive bush fires in Australia.

CBD Movers was able to add 25 new moving trucks to our fleet. This was possible because of the ever-increasing demand of services from CBD Movers in the cities of Melbourne, Sydney, Canberra, Adelaide, Perth and Brisbane. Where many of the movers withing Australia is focused on the metro and city areas, CBD Movers is quite popular within the suburbs of all major cities in Australia.

As the world steps into 2021 with new hopes, here are some stories that created an impact in 2020:

Beginning in 2019 and extending into 2020, Australia experienced one of the worst fire seasons in history, thrilling the globe as wildfires burned a staggering 47 million acres, displaced thousands of residents and killed at least 34. The fires have destroyed unique ecosystems and killed more than a billion animals, researchers said. Owing to the unprecedented possibility of bushfires, Victorian Premier Daniel Andrews announced a state of emergency for six local government areas and three alpine resorts in Victoria.

In the crisis of Bushfire, CBD Movers donated 1$ per move to the Australian government to help the families who lost their homes. Further CBD Movers also helped to move many affected families during the crisis. 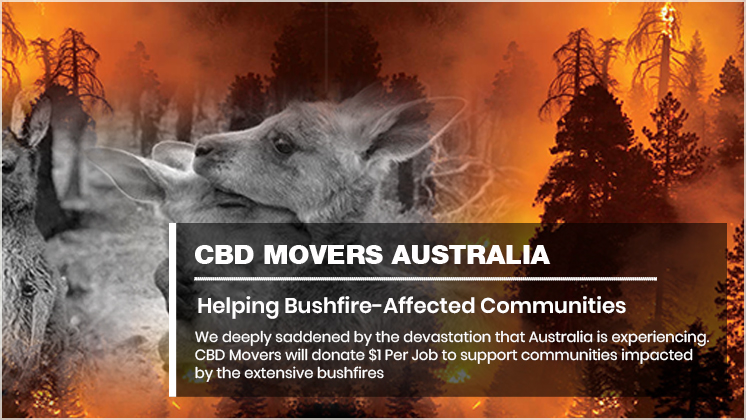 On January 20, A hailstorm ravaged Canberra in the Australian Capital Territory and surrounding parts of New South Wales, including areas affected by firestorms earlier in the year. This was less than 24 hours after the region was hit by massive dust storms that blanketed entire towns and blocked the sun’s rays.

On January 25, Australia confirmed the first case of COVID-19 in Melbourne.

On February 16, the Fire Fight Australia fundraising concert was held at Australia Stadium in Sydney after the 2019-20 Australian bush fire.

On February 20, Prime Minister Scott Morrison announced the Royal Commission on National Natural Disaster Arrangements to look into the fires that devastated the country over the summer. 18 million hectares (44 million acres) were burned, 28 people died, and 3,000 homes were destroyed.

On February 24, The head of the Australian Security Intelligence Organization (ASIO), Mike Burgess, said that there was increasing foreign and far-right interference in Australia and that violent Islamic fundamentalism remains the concern of ASIO.

The first death from the COVID-19 pandemic was reported in Australia on 1st March. After the COVID-19 pandemic in Australia triggered cases of panic buying around the country, major grocery chains began to ration toilet paper sales. Premier Morrison declared that any overseas passengers arriving or returning to Australia must be self-isolated for 14 days, reflecting New Zealand’s similar requirement. Cruise ships were barred from docking in the country for 30 days. The new measures would exclude colleges, hospitals, workplaces and vital facilities such as department stores from the new measures.

Morrison declared on 20 March that all non-residents would be banned from entering the country. Scott Morrison declared that all bars, clubs, hotels, cinemas and indoor sports venues around the nation will close down indefinitely from noon on Monday 23 March in an effort to curb the spread of the coronavirus. The Centrelink and myGov websites failed as a result of the indefinite closure of venues in the hospitality, travel, leisure, health and entertainment sectors because too many people tried to register for unemployment insurance online at the same time. 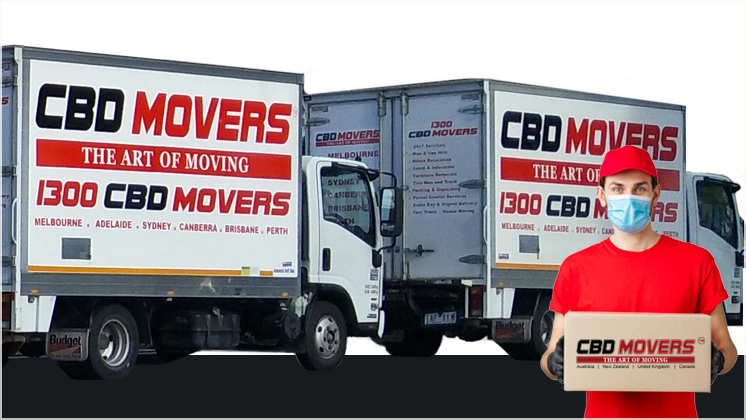 During the Pandemic, CBD Movers helped many families to move with all the safety measures. CBD Movers kept serving clients during the lockdown caused by COVID-19. All safety measures to protect the team and valued customers from Covid-19 were taken. The COVID protocol was followed and is still in practice at CBD Movers.

Word of mouth a user-generated directory where people share the experiences they have with businesses – both good and bad; awarded CBD Movers with the Customer Service Award for 2020. CBD Movers has won this award the fourth time in a row owing to the quality services it has been providing to people all across Australia. 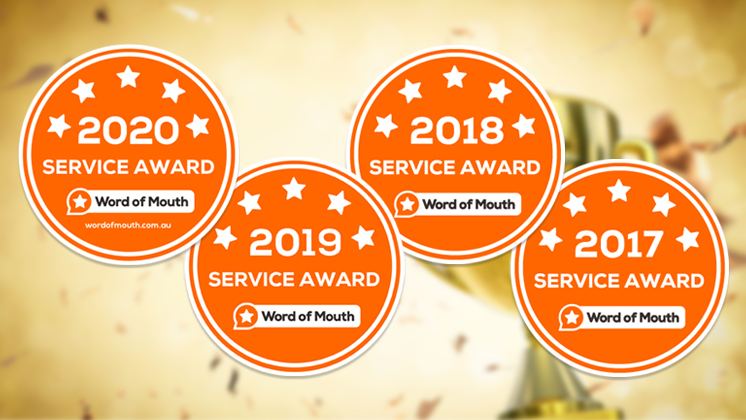 The High Court unanimously quashed the convictions of Cardinal George Pell and replaced the verdicts of acquittal; The Court’s summary of its decision stated that there was “a significant possibility of conviction of an innocent person because the evidence did not attribute guilt to the required standard of evidence.”

The Competition and Consumer Commission (ACCC) is seeking to develop a mandatory code of ethics that will force news outlets to be compensated by Facebook, Google and other tech companies while using their content.

Jackie Trad resigned as Deputy Prime Minister and Treasurer of Queensland and was replaced by Stephen Miles and Cameron Dick, respectively.

The 2020 NRL season resumed in its third round, with Parramatta Eels beating Brisbane Broncos 34-6 at Suncorp Stadium, following a two-month season suspension due to the COVID-19 pandemic.

Sony Europe, Sony Australia’s parent company was ordered by the Federal Court of Australia to pay its customers $3.5 million AUD / $2.4 million USD in penalty fees, owing to legislators stating that the company made false and deceptive claims about its Australian Consumer Law (ACL) rights on its website and in relations with Australian customers.

On June 19, it was suspected that there has been a large-scale cyber attack against the Australian government; Scott Morrison held a press conference at Parliament House.

The continuation of the JobKeeper and JobSeeker systems beyond the current September deadline was confirmed by Scott Morrisson, although with substantial cuts. Every two weeks, JobKeeper was to be lowered from $ 1,500 to $ 1,200 for full-time employees and $ 750 for part-time workers (20 hours per week or less). This figure would fall to $1,000 for full-time employees in December and $650 for part-time workers. In October, a new qualifying test was to be added.

Due to the COVID-19 pandemic and the increasing numbers of infection rates, especially in the workplace, Victoria had declared a state of disaster and Phase 4 restrictions had been put in place. Including a curfew imposed by the police in Melbourne Metro and Mitchell Shire between 8 pm and 5 am, the closure of a number of non-essential companies, exercise was permitted for only one hour per day, only one person per household was allowed to shop once per day and in 5 km range from home As a result of the high numbers of infections imported from the greater Melbourne city, all other areas in regional Victoria entered the third phase of restrictions previously placed on Melbourne and Mitchell Shire on August 5.

Australia was officially going through its first recession in nearly three decades, with GDP numbers for the June quarter showing that the economy contracted by 7 percent; The biggest decline on record, and marginally worse than predicted by most economists.

Also, the Census Bureau numbers released confirmed a 0.3 per cent drop in the March quarter, meaning that the Australian economy had slipped back for two consecutive quarters, in line with a common definition of a recession.

The federal court justified Qantas’ decision to expel hundreds of aircraft engineers without compensation after the Covid-19 pandemic. With fewer passengers, around 450 maintenance engineers at Qantas and Jetstar were among two-thirds of the employees hired for a month as of late March.

The Royal Australian Navy had joined the Indian, American and Japanese navies in the military exercises in the Indian Ocean. The four countries had raised concerns about Chinese packages in Asia.

Australia was returning to the Malabar Exercise after 13 years. India hosted the Indian Ocean war game.