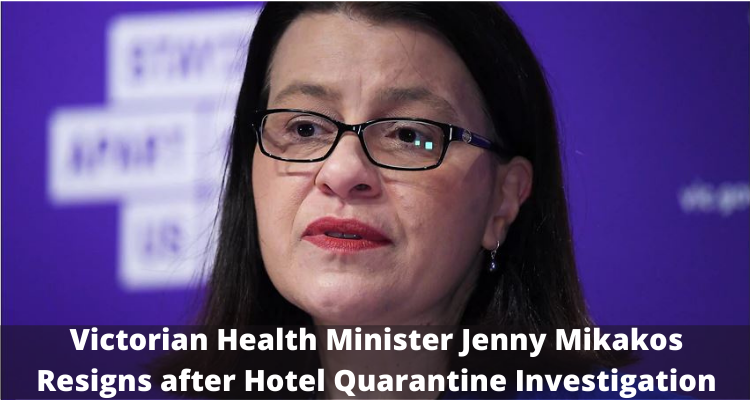 Victorian Health Minister Jenny Mikakos has resigned following Premier Daniel Andrews’ testimony to a hotel quarantine investigation in which he said she was in charge of the program.
Mikakos said in a statement posted on social media that she has written to the Victorian governor to resign from the position of minister, and will also resign from Parliament.
But she has defended her handling of the pandemic and said she disagrees with parts of Mr. Andrews’ statement of the investigation. I never wanted to leave an unfinished job, she said.
But in light of the premier’s statement to the investigation council and the presence of elements in it that I do not strongly agree with, I think that I cannot continue to serve in this ministry.
A quarantine investigation was launched at the Victoria Hotel after it emerged that the state’s second wave was driven by Covid-19, which jumped from guests on the program to workers and then spread into society.
Genetic sequence data in July showed that more than 99 percent of coronavirus cases in Victoria could be traced back to returning travelers.
Yesterday the premier told the investigative committee that he considered Ms. Mikakos was in charge of the program but said that he did not know who had wanted to use private security firms to protect the guest rooms.
No one who provided evidence in the investigation was able to determine who made this decision.
Mikakos said she was in charge of the department, but said the hotel’s quarantine program was not her own. I deeply regret the situation the Victorians found themselves in, she said.
In good conscience, I don’t think my actions led to them.
Earlier this week, the Coate investigation heard that Ms. Mikakos had remained in the dark on major issues surrounding the hotel’s quarantine program throughout the year.
The chief bureaucracy at Victoria’s Department of Health and Human Services, Kym Peake, said she had not sent all reports about concerns related to the program to the minister.
In her resignation statement, Mikakos said that “with the benefit of hindsight,” there were issues that her ministry should have informed her.
She said, Whether they will change the course of events, only the council [of quarantine investigation in the hotel] and the date can determine. Mikakos also told the investigative committee that they had not been consulted about setting up the program, and said she only learned of the use of private security guards on the program in late May.
In the statement released today, Mikakos said she was “disappointed that my integrity has sought to undermine”.