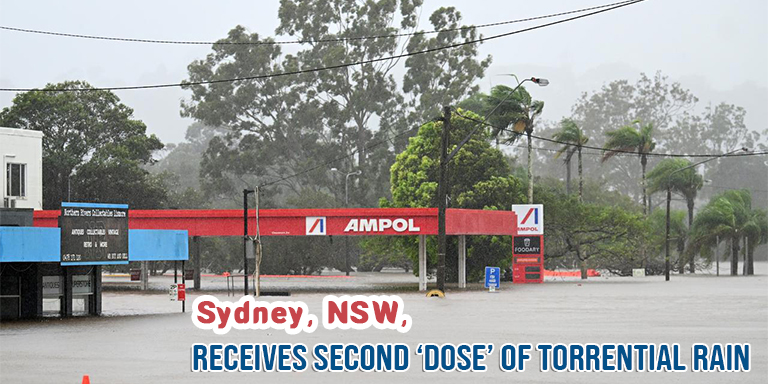 Orders to evacuate several regions in New South Wales are underway as some parts receive 430mm of rain. The Northern Rivers as well as the Mid-North Coast are witnessing record-breaking downpours for March.

The SES is finding it hard to issue warnings and send out orders for evacuations across the state as unprecedented amounts of rain are hitting the area. There are cases of flash flooding as well, reported from the areas of Byron and Ballina. Warning bells have been ringing for several days now but the seriousness and magnitude of such incidents are hard to measure.

Waters have breached the levee at Lismore. Areas such as Lismore, Byron Bay, Coraki and Woodburn are the worst affected by the downpour. The Northern Rivers have also recorded rainfall as high as 400mm. Acting Premier of the state Paul Toole has stated that such conditions will extend until and through April. Australia is bracing for a very ‘wet winter’.

Yesterday, the NSW State Emergency Services or SES had reissued orders for evacuation in Lismore. The unpredictable nature and the magnitude of the floods in Lismore and the rest of the areas had urged the SES to evoke evacuation orders again. Special orders were evoked for Lismore CBD, Lismore Basin, and East Lismore.

Ballina and Byron Bay both received a serious case of flash flooding which has proven to be destructive to the city’s infrastructure. Places near the Northern Rivers such as Alstonville recorded high numbers of around 430mm compared to the average 20-30mm of rainfall in March.

Byron Bay’s CBD has also been unable to manage the rising waters and its drainage system has ‘collapsed’. Sydney, last but not the least, has also received warnings of strong winds, with Sydney Coast and Sydney Enclosed Waters topping the charts.

It is important to note that if citizens are near any of these areas or in places where similar situations have a high chance of occurring, they can contact SES in NSW or QLD on 132 500.