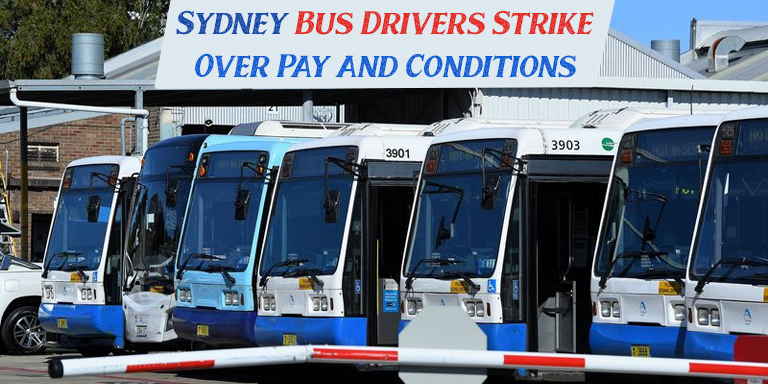 Hundreds of bus drivers in Sydney have gone on strike to protest against low wages and bad working conditions. The protest rally is expected to be held in the morning hours as multitudes of drivers strike for better wages, capped shifts, and standardised breaks.

The dispute between the state government and transport union has sparked a rally of protests in Sydney. Commuters are expected to face delays throughout the day as bus transport services will be ‘minimal’ across Sydney. The 24-hour strike will continue till the 12th of April.

Inner West, Hills district, and other areas in south, west, and north Sydney are all expected to fall under the effect. People commuting to and from their work via buses might face delays as long as 2 hours. A trip from Castle Hill into the main city takes around an hour, for example, but might take up to two today.

Commuters at large are, however, in support of the bus drivers and say that they are okay with the inconvenience as long as the drivers get their rightful demands. Another important facet of the strike is that bus drivers are demanding self-defence training and violence training. Working through nights and driving across crime-ridden neighbourhoods make up for the importance of this demand on its own.

More than a thousand bus drivers will be taking leave from work today – demanding better wages and working conditions from private owners. The NSW government has urged private companies to take positive actions in a direction that is a win-win for all.

NSW Transport Workers Union secretary Richard Olsen has stated that it is up to the NSW government to enforce the change. It is the responsibility of the government to standardise wages and working conditions. Private bus owners claimed that the bus drivers have already signed contracts for the current pay scale.

Mr Olsen also said that bus drivers suffer from bad facilities at interchanges. It is up to the government to fix this.

Bus routes are facing complete closure or are running on a reduced timetable. Commuters are expected to suffer delays and are urged to adapt to the circumstances on a temporary basis.