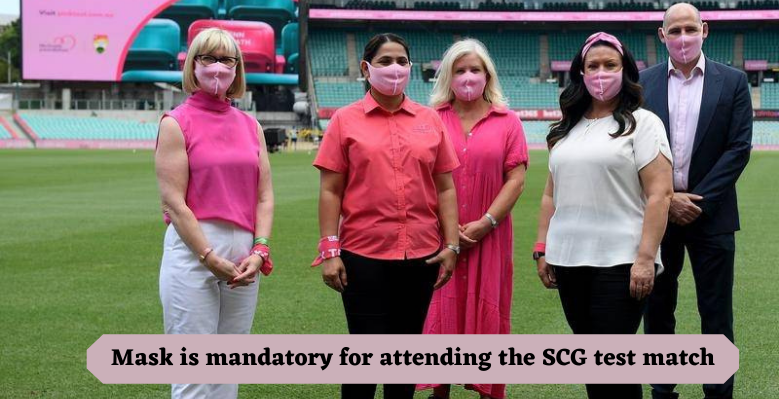 SCG will play host to the third Test match between Australia and India on January 7, where thousands of fans will be attending the event. For the first time in history, Australian cricket fans will have to mask when the SCG Test gets underway in Sydney.
More Sydney suburbs were banned for going to see the match or charge a $1000 fine.
Belmore and Wentworthville suburbs have been added to the list that cannot join the crowd at the SCG as a cluster in western Sydney grows.

Health Minister Brad Hazzard announced anyone who works, lives, and has visited these suburbs cannot attend the game.
Masking up will be mandatory during a test match, except when drinking and eating.
The move comes after the MCG was named a possible acquisition site after a COVID-19 positive case attended on the Boxing Day Test’s second day.
Mr Hazzard said, “if you are in a taxi, if you are in an Uber, if you are in a queue, if you are in a bus, even if you are in the SCG, you must wear a mask all the time.”
“There will be fines charged to those who will not wear a mask in SCG.”
Mr Hazzard said, “From the time efficiently you get into the vehicle to get there or get into the line at the first door of the SCG, go to your place, and sit in your seat, you all need to wear a mask. The only exception for not wearing a mask is if you are drinking or eating.”
Citizens have been advised to travel in a car with a designated driver only and avoid public transport’s large crowds.
And people who are using buses or trains to attend the game are asked for registering their Opal card to assist contract tracers in the event of the positive case or an outbreak.
Further, an additional 450 light rail services and extra bus have been added to help the crowd attend the cricket test match in SCG.