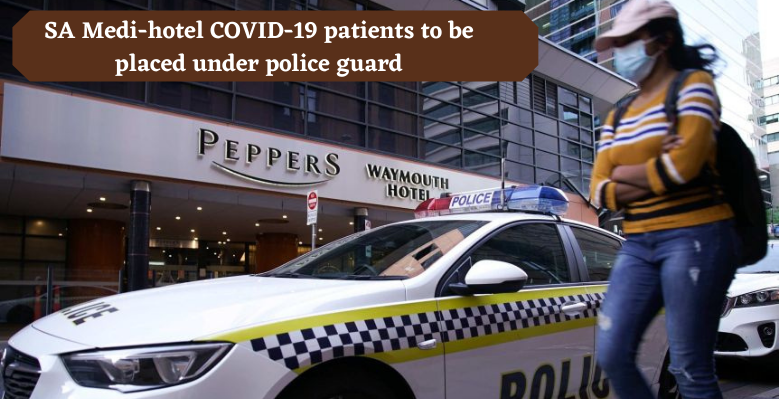 South Australia has declared important plans to overhaul its medi-hotel system, among a coronavirus cluster that emerged from Peppers Waymouth Hotel in Adelaide.
The people who are tested positive to coronavirus shift into a separate medical facility. South Australia Police and security officers will manage it.
Premier Steven Marshall said the crew working at the medical centre would not be permitted to work at any other medi hotel or “other high-risk places, including correctional facilities, hospitals, or aged care facilities”.
He said, “We will now shift all positive coronavirus cases to a dedicated health facility from medi-hotels.”
Earlier a former golfer, US Open runner-up Stephen Leaney is locked down in an Adelaide medi-hotel.
He said, “We fears for our safety after it was revealed two other returned travellers were infected with coronavirus while in quarantine.”
“We are all locked in our rooms doing the right thing, and yet we’re getting infected. It’s clearly not safe for us, and it’s not safe for anyone.”
Now there is a total of 29 cases connected to South Australia’s Parafield cluster, which is believed to trace back to an infected security guard at Peppers.
On yesterday Adelaide’s medi-hotel system had gone under renewed scrutiny when it was announced two people before thought to have acquired Covid-19 overseas caught the virus while in quarantine.
Steven Marshall said he would discuss the designed changes with the Australian Health Protection Principal Committee (AHPPC) but would not wait for them to accept changes before executing them.
He will also demand the national cabinet to think preceding management for testing returning Australians before they leave their flights.
Chief Public Health Officer Nicola Spurrier said there were no new cases of coronavirus in the state today.
A woman in her 50s was in a stable condition in hospital.
Professor Spurrier praised South Australians for continuing to get tested, with 9403 tests conducted yesterday.