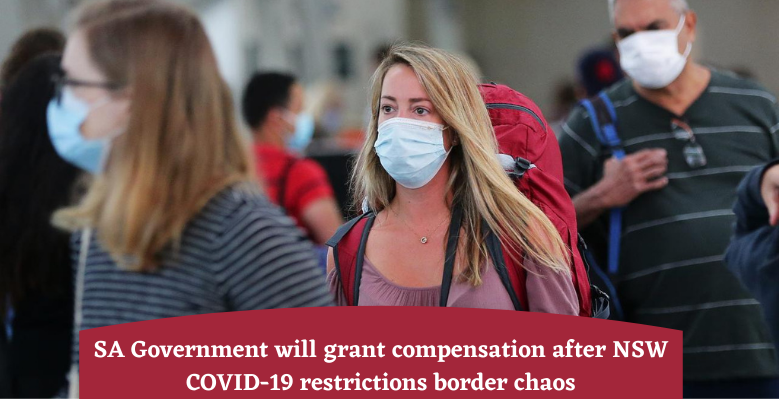 The Government of South Australian announced that it would consider compensation “on a case-by-case” basis for travellers from NSW because people were mistakenly told to return to their state or quarantine.
Police Commissioner Grants Stevens said on Monday morning that, approximately 500 passengers were told to return to Sydney or quarantine last night at Adelaide Airport.
Further, 100 people who tried to drive into South Australia directly from Victoria or via NSW decided to turn around rather than continue to SA.
Commissioner Stevens said, “We regret the disruption and inconvenience that has caused to passengers who got affected by wrong advice being given to our checkpoint teams. However, in that situation, the steps we have taken are done in the relation of saving the SA community.”
People reported being told to return and book their flight tickets at Adelaide Airport, while few people had stayed in a hotel at their own expense.
Health Minister Stephen Wade told to reporters that the Government would look at compensation “on a case-by-case basis.
Chief Public Health Officer Nicola Spurrier said the issue of compensation for people forced to drive or fly back to NSW or stay at hotels was yet an open one and similarly stated it would be identified “on a case-by-case basis”.
Nicola Spurrier said, “I am interested in if anybody has turned around at the border and is waiting in rural NSW if they need to get back into South Australia to celebrate Christmas with their friends or families.”
Professor Spurrier said “there is no new case of COVID-19 today after three abroad travellers in hotel quarantine were revealed to have tested coronavirus positive yesterday.”
SA Health’s border exemptions committee will think letting people who have turned back to NSW but not Sydney to come back into South Australia, she said.
Professor Spurrier said “all visitors from Greater Sydney are required to enter quarantine. Those who came before midnight last night are not needed to isolate while expecting the results of a necessary COVID-19 test, given they had not visited the Northern Beaches and were asymptomatic.