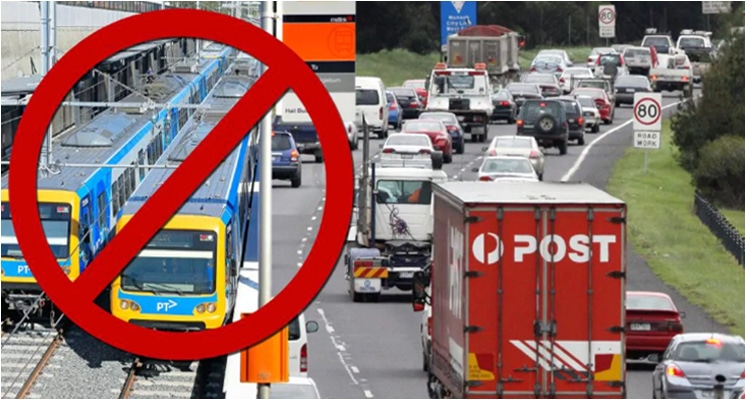 People in Melbourne will be shunning the use of trams, trains and buses for a longer time even after the end of the peak of COVID-19. Melburnians will be wary of riding public transport because of the fear of catching the highly contagious deadly virus. In Sydney’s south west the effect has already started showing up with a decrease of 30 percent in public transport patronage since the end of June.
The effect of COVID-19 has been quite profound on individual lives along with a large number of industries in general. Public transport was surely going to bear the brunt of the virus since social distancing is the only measure available to keep the virus at bay at this point of time. It is not really possible to practice social distancing while using public transport. Given the sheer number of patrons that used to travel by public transport everyday, the decrease in the number of people using it will have its mark felt with the increase in number of cars on the road.
Before lockdown almost 58 percent of Melburnians used to take public transport to reach the various parts of the city. This number went down to 31 percent after the restrictions were lifted initially. According to a report public transport in Melbourne will be the worst affected as compared to Adelaide and Sydney. An increase in the number of cars, taxis and on-demand services like Uber is expected to grow.
Meanwhile mask wearing has been made compulsory in Melbourne and anyone who is found without a mask will be fined $200. The mask wearing has been mandatory due to the increase in the number of cases in the past few days. Even NSW Transport Minister Andrew Constance has urged people to work from home and avoid public transport whenever they can. Travel options like walking and cycling are being suggested by the travel minister himself to ensure the safety of people from the deadly virus.
The number of people walking instead of taking public transport has increased manifold which might provide a bit of respite to the environment and help people boost their physical health in the long run. However once the peak of the virus stops the number of people walking will surely decrease to a considerable number. There are a good number of people who are heeding to the message of staying home quite seriously and this will surely go a long way in containing the spread and damage due to the virus.