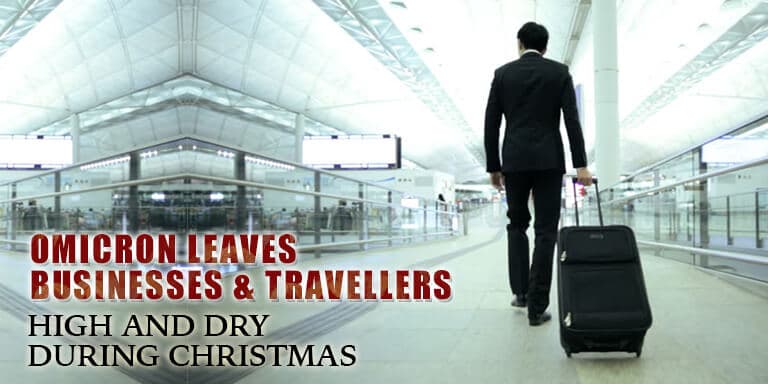 Staff members in quarantine are forcing small businesses and stores in NSW to fall short of manpower, hence closing them down during the busy Christmas season. Two of Australia’s major airlines, Virgin and Jetstar, are also cancelling or rescheduling most of their flights. And just as we thought that things are getting normal…

In a hard blow to Christmas shoppers and businesses profiting from the festive season, COVID is negatively impacting the economy of NSW, yet again. Small businesses are looking for the government to send financial compensation and tax exemptions during the crisis. This is crucial to retain employees as well as in keeping the businesses afloat in many cases. Just as NSW was recovering from the previous restrictions such as mask rules and QR codes (which were removed just a few days ago), the new wave has forced the government to implement these boundations again.

Although masks and QR code rules seem to be the sensible way forward, businesses that rely specifically on the festive season, especially basement kitchens and open space restaurants, face the toughest challenges. The rules are in place till the 27th of January. David Harding, Director of Policy, Business NSW spoke to reporters saying that businesses in the state will depend on government savings and he hopes that the Omicron does not result in mass hospitalisations.

In other news, both Virgin and Jetstar have cancelled multiple flights in and out of NSW. Other states facing the brunt are Victoria, Queensland, and South Australia. Of course, this was unexpected for the travellers who are left frustrated. Christmas eve flights were cancelled much to the disappointment of the passengers.

More than 20 flights have been affected by this change of plans. The airlines have, no doubt, apologised to their customers. The circumstances are such that strict measures are necessary for Australia. The airlines have also offered replacement flights to some customers that fly via other less-affected cities.

The main reason behind the cancellations is that the airlines are both short on staff due to isolation and quarantine cases. Of course, the official stance of Virgin and Jetstar remains apologetic.