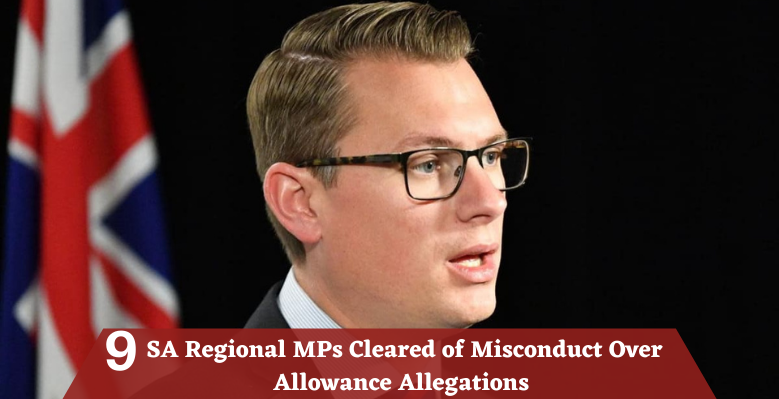 The Independent Commissioner Against Corruption in South Australia has cleared nine provincial MPs in misconduct for their use of a housing allowance, including two former ministers.
A wide-ranging investigation initiated by her predecessor Bruce Lander on all applications for the Country Members Housing Allowance by all MPs over the past decade has been abandoned by Commissioner Ann Vanstone QC.
The commissioner has, however, stated that she continues to review allowance requests submitted by a “limited number” of MPs.
Former ministers Tim Whetstone and Stephan Knoll, who resigned from the government after repaying thousands of dollars in demands for the Country Members Housing Allowance, are among the MPs cleared of any further inquiry.
Along with ministers David Basham and Dan van Holst Pellekaan, Centrist backbenchers Nick McBride and Peter Treloar, Labor MP Eddie Hughes and independent Geoff Brock, former government whip Adrian Pederick, who also resigned his position in the face of concerns regarding his allowance demands, has also been cleared.
The Commissioner said in a statement that her decision to drop the larger inquiry was focused on her analysis of evidence obtained by the Public Integrity Office.
Ms. Vanstone said, Because the information given so far does not show evidence of misconduct, I have chosen not to expand such inquiries to other Members of Parliament.
Because of the attention that these concerns have attracted, I feel it is in the public interest that I can say so openly as I have reached a point of view on the evidence presently available to me that there will be no further inquiry or prosecution of a specific member.
The people involved are not allowed to do so because of the secrecy requirements of the Independent Commissioner Against Corruption Act 2012, although the result has been advised to the Member in each relevant case.
My investigation into some members’ allegations is pending.
No conclusion should be drawn regarding the behaviour of persons whom I have not defined today.