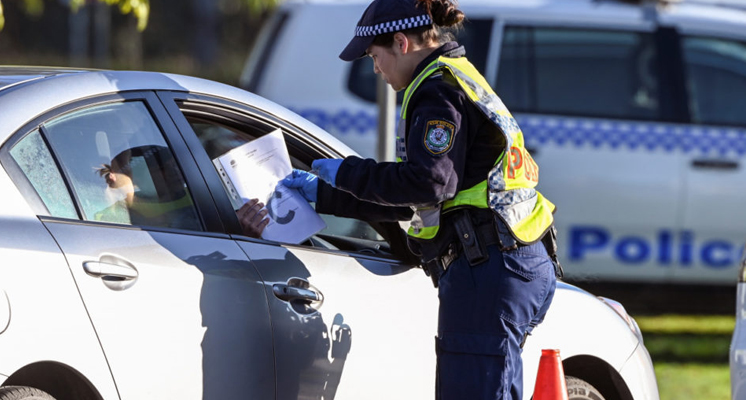 New South Wales Premier Gladys Berejiklian announced that people who live in communities along the border between New South Wales and Victoria will now be able to move within a 50-kilometer range from Friday.
After clearly hearing the ongoing concerns of the population, and seeing decreasing infection rates in Victoria starting Friday, the border zone, the border area, will be extended to the initial distance of 50 kilometers on both sides of the border, “said Ms. Berejiklian during a visit today morning to Albury’s border region.
We wanted to make sure that, unlike previous changes, we were given as many notifications as possible so that people could start planning in advance. Of course, any movements outside the border communities come with additional restrictions but in terms of people’s ability to take care of their daily life without undue pressure, we hope to start Friday that life will change in a positive way for people.
The announcement comes after the demand to lift restrictions on those living in border communities is rising up.
Ms. Berejiklian said she regrets the handling of the border restrictions and said frustration and anxiety are “completely justified”.
She said, I accept genuinely and condemn anyone hurt or upset unnecessarily but I hope you are mindful that every decision we have taken comes from an inspired position where everyone, including our border communities, can be kept secure.
The Premier claimed that information about test rates and case numbers from the Victoria Regional District is often hard to get from the government, preventing it from easing restrictions earlier.
I do not envy the Victorian Government because we are clearly not at the top of the list as to what it needs to address, but we are starting to see a better stream of information.
The closing of the NSW-Victoria borders was one of the most challenging decisions in the coronavirus pandemic, said Berejiklian.
The premier did not react directly to the issue of opening up the border by Christmas, claiming that in the coming weeks the decision will be based upon the Victoria numbers.
We want to be sure that once constraints are smoothed, the virus won’t spread again and I think that’s very important … We won’t leave the borders closed one day too long because it was a really tough decision to make first.