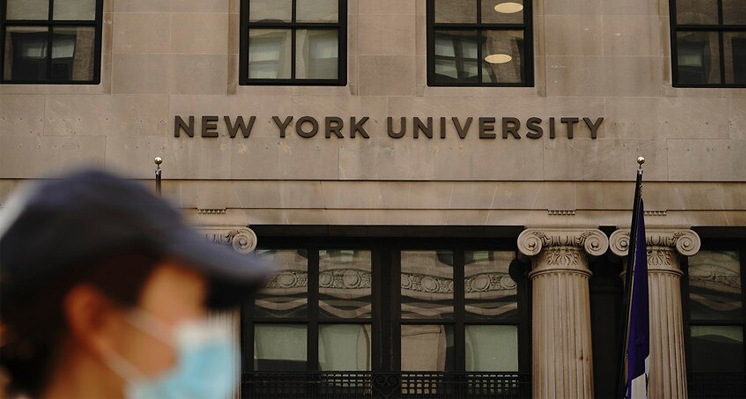 The Australian Government distributed JobKeeper payments on the New York University (NYU) Sydney-based campus – while all Australian public universities missed out.
NYU, which raises about $ 16.5 billion in revenue each year, ranks the 11th best school in the U.S. and stands a short distance from the prestigious League Ivy.
It is unclear how much money NYU received, but it is confirmed that it received payments to distribute to staff.
In May, private universities such as the University of Notre Dame, Bond University, the University of Torrens and the University of Divinity were granted an exemption from existing JobKeeper admission criteria set at all other universities.
Overall, 39 public Australian universities receive $18 billion in local student support from the Federal Government, but none have received JobKeeper.
Greens Senator Mehreen Faruqi said that although she did not want to deny the “relief” of Sydney-based NYU staff, there was a double standard.
Senator Faruqi claimed that the government should provide the same rules for universities and should not attempt to exclude public universities.
The NYU Sydney campus did not respond to a request for comment, and Education Minister Dan Tehan addressed questions to Treasurer Josh Frydenberg, who administers JobKeeper.
Mr.Treasurer said all universities were “acceptable” to JobKeeper, but the only reason Australia’s public universities did not qualify was that the sector’s revenue decline was not as steep.
In April, the Morrison Government guaranteed funding for universities at their current levels, even if there was a drop in the number of in-house students due to the coronavirus, he said.
This has seen the Government provide Australia’s public universities with $ 18 billion this year.
Mr. Frydenberg did not address a question explicitly as to how a foreign university could qualify.
With respect to individual JobKeeper recipients, the Government does not comment on the tax issues of any individual or entity, he said.
Shadow Education Minister Tanya Plibersek described the decision to remove payments to NYU as “stunning hypocrisy”.
University staff has been fired [because Scott Morrison] refused to help, she said. What does he say to those workers [and] their families?
Hundreds of people are losing their jobs every day, she said.
We know thousands of other jobs will be lost before the end of the year. This is a result of the deliberate blocking of public universities by JobKeeper by the Government. It’s absolutely horrible and embarrassing.