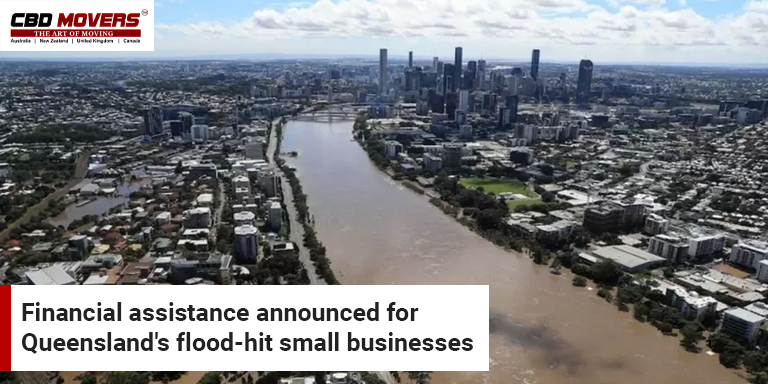 After the Commonwealth announced a joint $558.5 support for flood-hit small businesses in Queensland, the state government has also passed a $50,000 support grant for the affected businesses.

Premier Annastacia Palaszczuk contacted PM Scott Morrison for aid as the situation in Queensland might take years to reverse for small businesses economically. The Premier had appealed for class D assistance for Queensland (measured under DRFA). Class D assistance comes in after the damaging impact is properly accessed and the grey areas and pain points are identified.

Although the granted aid is for all flood-hit communities, small businesses and logistics will also benefit from the Commonwealth joint funding. The breakup is as follows: producers get access to $75,000, NGOs access $50,000, and around $20,000 is allocated for sports and clubs.

Local government areas around the state will also get cash infusions to carry on the clean-up work after the waters recede. The Prime Minister was empathetic to the situation in Queensland and commented that proper funding and cash injections will be required to support small businesses, communities, and clubs. He also compared the situation in Queensland to last week in Brisbane.

The Premier, Annastacia Palaszczuk also stated that the state was committed to helping the low to medium strata of businesses first. Aid for NSW has also been granted by the central government.

Losses to crops for small to medium level farmers, infrastructure losses to shops, truckers, etc., and trading losses have all resulted in a sort of a temporary shutdown in the state. Aid from the government and the Commonwealth can’t come at a better time.

The aforementioned help from the authorities is bolstered by an additional $1,000 in relief as well as a 13-week income replacement. More packages are under assessment and process as a continuous cash injection will be paramount to float the small businesses.

Meanwhile, in NSW, Premier Dominic Perrottet said that more than 2,000 houses have been devastated and left inhabitable by the floods. The situation in both the states is indeed dire with even a few deaths being reported from both the states.