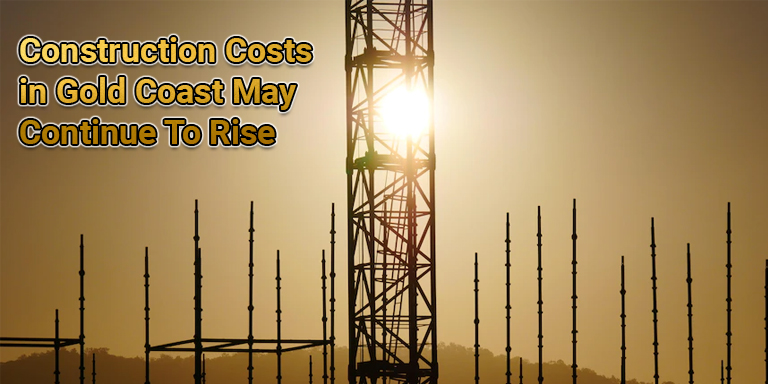 Demand is fast overtaking supply in Gold Coast but there are still some construction companies who are confident that they can keep prices in check. The past 12 months have seen a dramatic rise in construction prices and the fuel price surge isn’t much of a ‘help’.

Rising costs of construction have failed to unnerve some of the industry veterans in Gold Coast. The fate of some of the large construction companies like Condev and Probuild shows a different picture though. Their collapse in the past 12 months shows the grim situation of rising construction costs. Fuel prices partly due to the Ukraine crisis coupled with normal inflations have also affected the costs significantly.

The cost of construction in the past 12 months may have risen by a whopping 30% and this is not an exaggeration according to experts as well as people in the industry. Companies are waiting for the prices to drop but it is unlikely. Also, there has been some delay in material delivery as well, further hurting the businesses. The pandemic and the floods may also have a part to play.

Supply chains have been stretched in Australia due to the pandemic as well as the war in Ukraine. There is no point in hiding that the industry has just managed to drag through these times. The next couple of years may witness the collapse of more builders.

Adam Profke, RM, Master Builders, stated that a $90,000 job in 2019 will not cost around $1.4 million. Because the builders have signed fixed-price contracts, they are losing money due to this unprecedented rise in costs.

There is still demand for construction work though. Gold Coast is rapidly becoming a large hub for construction. A significant increase in house prices is surprisingly not warding off new buyers. The losers at the end of the day may only be the builders – majorly due to fixed-price contracts.

Gold Coast is now a sustainable economy that relies little on major urban areas. Six years ago, this would have been surprising. The coming 2 years may prove to be a junction for the region to either follow the growth rate or to fall behind.

The growing population rate is also a reason for the large demand for real estate. If the supply is stretched further, the government may have to intervene with cash injections. Builders may also go in the direction of outsourcing projects.

Adam Profke said that the next two years are crucial for the industry. In an insightful talk, he also stated that once some of the projects cross the finishing line, it will lighten the burden on the industry.