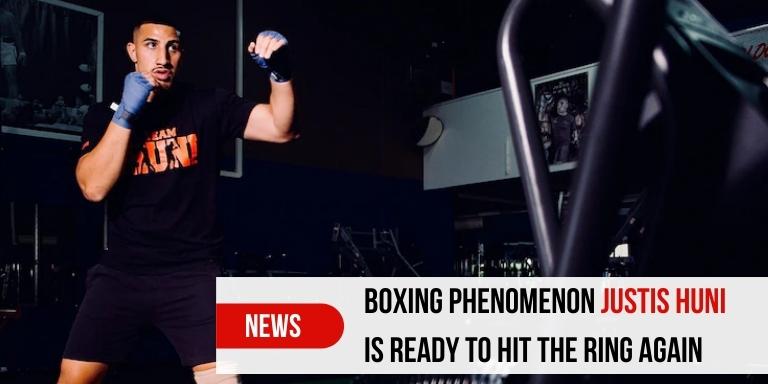 Australia’s upcoming talent in boxing, Justis Huni missed out on last year’s Olympics due to an injury in his knuckle. The 23-year-old missed the Tokyo Olympics and had to get surgery to fix the problem. However, he is now back, stronger, and ready to knock out his opponents.

Justis Huni is a 23-year-old boxer from Brisbane and has been grabbing eyeballs ever since the start of his professional career. The heavyweight boxer is a pragmatic athlete who may be intimidating in the ring but is a real treat to talk to outside the ring. His injury was a heart-wrenching event that forced him to fall out of the Tokyo Olympics which were held last year.

A ‘boxer’s knuckle’ injury turned the youngster’s career upside down but he is an optimistic lad. He suffered the injury while fighting Paul Gallen in June 2021. He could have gone forward and participated with the injury but it could have worsened the issue, ending the lad’s career forever. The decision to take a step back and undergo surgery was a wise one.

The heartbreaking days are in the past now as Justis is ready to hit the rings again. He will make his return against New Zealand’s Kiki Leutele in May. The fight will take place on Gold Coast. His coach and dad praised him and said that he is driven to perform in the upcoming tournaments and fights.

As of now, Justis Huni is undefeated with five victories to his name. Four of these wins came from direct knockouts – a commendable feat indeed. He won an Australian title on his debut as well, the only professional to do so.

Justis said that he derives his strength from his family. They help him keep himself grounded. Huni’s promoter Dean Lonergan has planned a series of bouts in the upcoming months. It is absolutely necessary for the 23-year old to get as much experience as he can. Of course, the dream of becoming a world champion is a realistic one for such a talented individual.

Justis Huni’s remarks on the upcoming bout show his hunger for success. He is taking it one fight at a time. Justis recognizes his lack of experience and wants to add to his five victories.