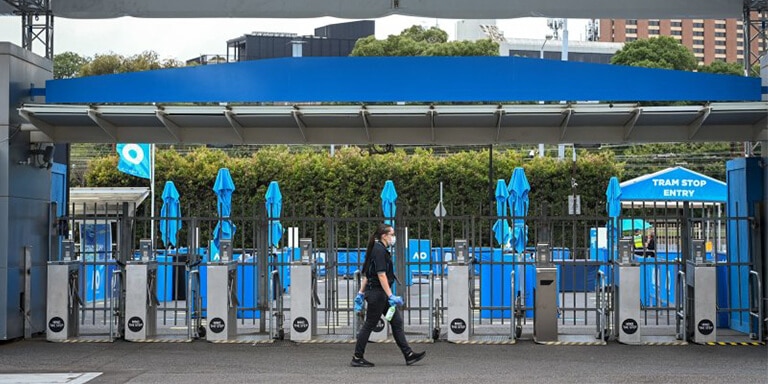 The Australian Open will begin as scheduled and will run its course despite warnings of it being a super-spreader event. Several players are positive with the Omicron but authorities have suggested that the sporting event will likely be conducted according to previous plans.

Tennis Australia has stated that all precautions have been taken to curb the spread of infections. More than 13 flights have landed in Australia carrying players and staff members and a few more are expected to arrive in the coming days. Scheduled to start from 17th January and run its course till 30th January, the event has been titled by experts as a potential super spreader event. Flights from LA, Dubai, and Tokyo, have arrived in Australia and have increased the risk of the global pandemic affecting more players and those involved.

Of course, all mandatory steps have been taken. The 72-hour test is a must for all before entering the country for the event. A rapid antigen test, as well as PCR, is also scheduled on arrival. Scheduled to be played in Melbourne Park, several players have cancelled their participation including the legendary Novak Djokovic. However, as stated by Tennis Australia, ticket sales have been positive and the seats are likely to be filled before D-Day.

Earlier, Rafael Nadal had returned a positive test after attending a casual exhibition event in Dubai. His attendance in the Australian Open is still doubtful. Tennis Australia has been all positive about the event, although experts disagree. The audience should wear masks at all times and social distancing should be practised in the stands. The outdoor setting can be an added benefit for the crowd as well.

All in all, albeit an important tennis event and the first of the four grand slams, the Australian Open can prove to be a risky affair for the country. The main aim for Tennis Australia is to have as many players as they can and to have a ‘normal’ tennis tournament like before.