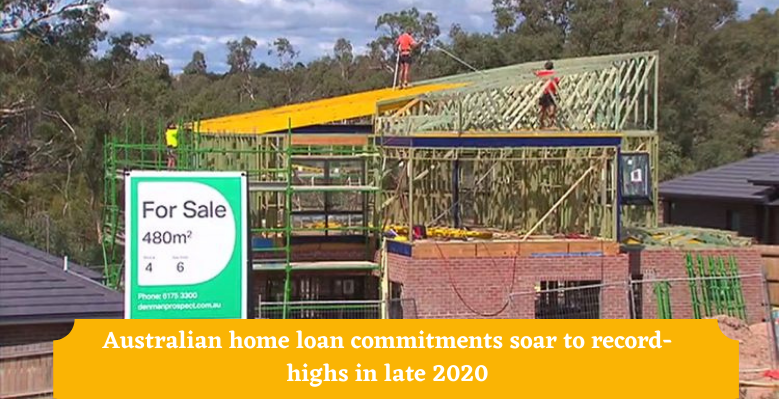 New data released today by the Australian Bureau of Statistics showed that Australians borrow more money for the property than ever before.
The absolute value of new loan commitments for the house reached a record high in November 2020, growing 5.6 per cent to $24 billion.
The value of new owner-occupier house loan commitments, not investors yet people purchasing to live – increased 5.5 per cent to $18.3 billion.
And that is approx a third higher than it was in November 2019, before the coronavirus pandemic.
Amanda Seneviratne, ABS head of finance and wealth, said the most maximum of the capital was coming in for homes that previously existed.
Ms. Seneviratne said, “loan commitments for existing residences grew 5.9 per cent and were the biggest donor to the growth in November’s owner-occupier housing loan commitments.”
She said, “the cost of construction loan commitments increased by 5.6 per cent in November, growing 75 per cent for July. This supports the implementation in June of the Government’s Home Builder grant in response to coronavirus.”
“Other state and federal government incentives and ongoing low-interest prices also added to the continuous growth in new housing loan commitments,” said Ms. Seneviratne.
The count of loan commitments for initial home buyers increased 3.1 per cent to 13,905, marking a stratospheric growth of 42.5 per cent since the beginning of the year2021.
A massive spike in house loans indicates a return to form for the Australian property market, which was exceptionally flexible during the worst of the COVID-19 pandemic.
In fact, it seemed that the lack of availability to see and buy homes only paused ordinary trade until agents, buyers, and vendors could begin operating as usual.
Research director of CoreLogic, Tim Lawless, said, “the number of domestic property sales fell by 40 per cent in March and April but ended the year 2020 with about 8 per cent more sales related to a year ago as buyer numbers grew through the second half of the year.”