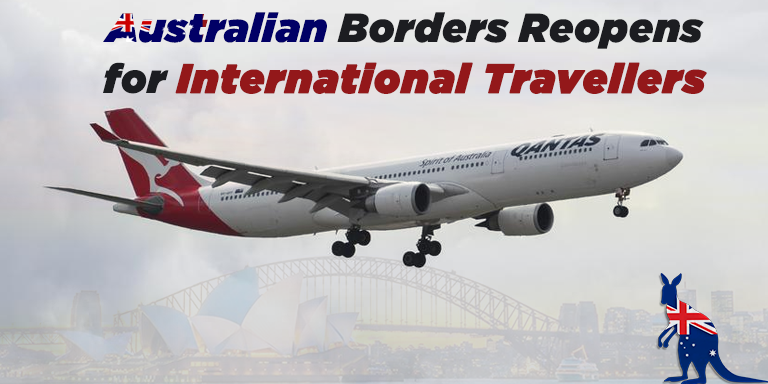 The Australian national borders have opened to tourists and other industries as the country looks forwards to a new ‘era’ of growth and business. Border restrictions imposed in March 2020 have now relaxed after 23 long gruelling months.

More than 2,00,000 arrivals were reported in January, a record-breaking number after the COVID pandemic. This number is, however, just 10% of the international arrivals before the virus made its way into this large island. Travel, tourism, and logistics have all suffered their fair share of troubles along the 23-month stretch with all hopes of revivals being quashed in the December lockdowns.

The 2.26 million inbounds to the country in January is a ray of hope though. The travel and tourism industry in Australia have reported losses of around a staggering $4bn per month over the course of the pandemic. This number is not reflective of the entire reality though. The growth prospects during the period have also been ignored and any scope for expansion was also halted.

The tourism industry is still not back on its feet, as it were. Labour shortages and scaling issues have resulted in a slow rate of growth even after the lockdowns have ended. Measures are being taken to ensure that recovery is made in a sustainable way and that the industry attracts more people.

The travel industry also witnessed giants like Virgin Australia going into administration and Qantas laying off thousands of employees. The aviation industry in January 2020 compared to what it is today has resulted in a loss of around 20 years of growth.

Both airlines have plans to restore normal service by the end of this year. However, growth will be slow as the airlines are still recovering from labour losses and Omicron regulations.

Australia is in the midst of recovery but it would take some time. Aviation veteran Geoffrey Thomas said that the COVID pandemic hit differently than other situations such as 9/11 or the SARS. He stated that the latter two were geographically less influential than the coronavirus.