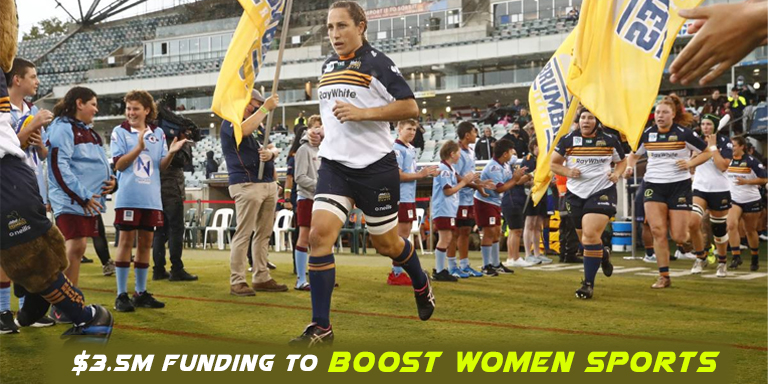 The Australian Capital Territory government will fund the Brumbies Super Rugby team with $3.5 million. The deal, which is set to help the team survive and compete at their best on the top level for the long run, will also include the women’s team.

The $3.5 million will be gradually injected into the team over two years. It is a part of an expanded public funding deal with the ACT government. A deal of this kind is a first for not only Canberra but for any women’s team in Australia.

Australia’s professional women’s rugby league will set a benchmark for the rest of the states. It is the first time that a women’s rugby team will receive funding in this manner. To break it down further, it is the new Super Rugby Pacific competition that will be held in 2022 and 2023 that is set to receive the money. $1.78 million a year is the specified amount that is set to go towards infrastructure and broadcasting.

It all began in 2004 when the ACT government decided to financially sponsor the Brumbies. Until 2021 though, it was only the men’s team that benefited from this. The Chief Minister, ACT, stated that the deal is in the best interests of the government as well as the team. It is meant to support the team for the long term.

The CM also stated that it is definitely in the priorities of the ACT government to support women’s sports. The Canberra Raiders received similar funding for a period of 5 years just a few days ago. The GWS Giants also have an ongoing deal with the ACT government that is set to expire by the end of this year.

The commitment of the ACT government, as well as the residents of Canberra in supporting women’s sports, is noteworthy. Deputy Chief Minister Yvette Berry mentioned that the investment in the Raiders is a message to everyone that there is a future in sports for women. Sports can be turned into a full-time career for women and the investment in the Raiders is evidence of that.