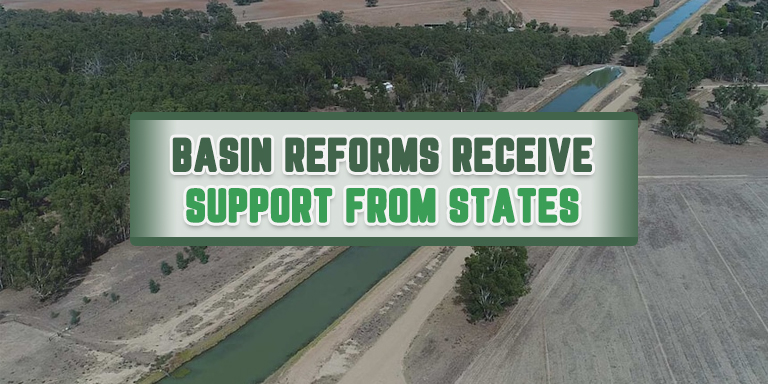 Water brokers in the Murray-Darling basin will be regulated from now onwards much like real estate or financial professionals. The state governments in the basin area have backed the regulation of Australian waters and have supported stricter rules.

The water basin reforms come after a report came out suggesting changes in the regulations. A compulsory set of rules will be laid out for water brokers in the region. Although there are already a set of rules in place, the reforms will include the aforementioned and implement strict enforcing of the new rules as well.

The state governments have backed Commonwealth legislation to change and append new regulations to the existing ones. The ACCC’s recommendations will be implemented by Former Department of Agriculture and Water secretary, Daryl Quinlivan. The newly appointed authority mentioned that swift progress is being made in the topic under discussion.

Some of the reforms include proper record-keeping of transactions, ticket resolutions, and the use of trusts to handle clients’ financials. Mr Quinlivan also mentioned that the water broker community is also supportive of the upcoming changes based on ACCC’s recommendations.

The reforms will put a stop to market manipulations and illegal trading that are done off the books. The water market was investigated by the ACCC in 2019 after a drought hit season led to high rates. Although no manipulations were reported, there were some loopholes and ‘opportunities’ for illegal activities to take place. The set of reforms proposed will mitigate the possibility now.

The ACCC report justifying the reforms also suggested that the current way in which financials were recorded in the current system is very disorganized. It is paramount that state jurisdictions offer data and transactions in a better manner.

A “Water Markets Agency” was proposed by the ACCC – a body that would head the reforms and sort of act as a filter through which all things water would move through. Basin states have backed the formulation of such a body as well.

The finalized roadmap will be put on the federal water minister’s desk in June 2022. The complete report took 19 weeks to complete.