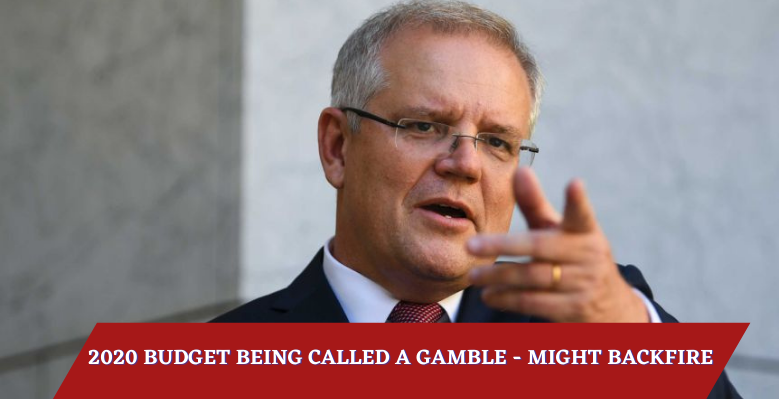 That is, the unparalleled magnitude of the devastation created by a global pandemic, not much more than a “pin the tail on the donkey” game, makes much of the budget’s projections, items like the deficit and inflation estimates.
It is fair and critical that the underlying expectations of the budget, such as the production of a vaccine by the end of next year, be challenged and explored.
But the true measure of this unique budget must be what it is going to bring to the economy for the next six months in terms of funding and facilitation for what will be a very complicated time of transition that will turn hundreds of thousands of lives of industries.
In that sense, the two most significant provisions of the Budget are the pay subsidy it presents to employers who take on young employees, and an investment tax concession so extraordinarily favourable that even the most shell-shocked organisation, which claims it has a remote chance of surviving 2020, is considering investing some money.
The pay subsidy aims to shorten the possibility of a generation of young people who have been working until recently slipping into long-term unemployment by urging employers to take them on for at least 20 hours a week at the minimum wage, with half the cost being taken up by the government.
And that’s no small ambition here. There were still just under 700,000 persons under 35 on the JobSeeker and Youth Payment as of the end of August, an expansion of 400,000 since December.

According to Treasurer Josh Frydenberg, our redemption will come from company and customer trust, and incentives structured to pull any potential bit of investment and expenditure that could have lurked out into the present in future years.
The budget talks of progress driven by the private sector, and encourages this with policies that flow to industry disproportionately, from tax concessions to pay and apprentice subsidies.
The backdating of tax cuts to July 1 to give shoppers a wad of cash to spend between now and Christmas, as well as two further rounds of $250 one-off grants to those on welfare, could be seen more as a reassurance to an industry that consumers would be able to consume out there than a shot in the arm for consumer confidence as well.
The Budget is focused on the same kind of V-shaped turnaround we learned so much about early in the pandemic, with GDP’s currency valuation expected to be approximately back to its immediate pre-COVID rate by next June.
The Treasury’s opinion, amid all the uncertainty, is that certain areas of the economy are still performing very well.
Agriculture is snapping back from drought, the logic goes; mining and the retail industry are turning along at a steady pace; and, amid a historical decrease in population growth, development looks fairly optimistic. Although the significant investment that will go abroad is being turned back into the local economy with Australians reluctant to fly abroad.