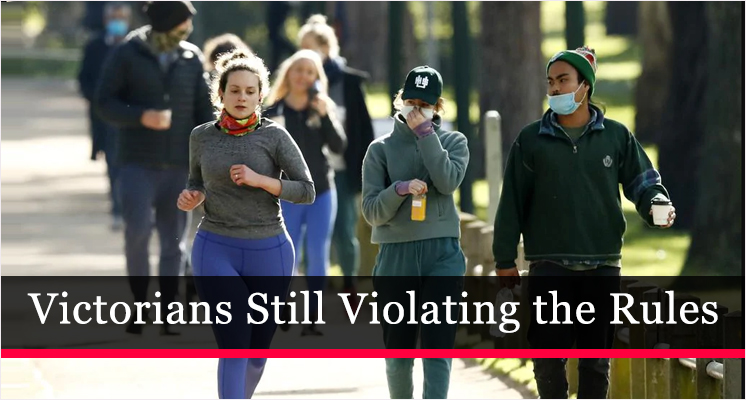 On Thursday, Premier Daniel Andrews revealed more than 100 Victorians who should be in self-isolation could not be found when authorities knocked at their doors. Victoria recorded 450 new cases and 11 deaths on Friday, after reporting 2735 new cases of coronavirus since Sunday.

Premier Daniel Andrews said health teams and ADF personnel knocked on the doors of 1,150 Victoria residents on Thursday to make sure these people were properly isolating themselves. He said the vast majority of these were indoors, but that 150 could not be found.

Out of those 150 people, [there will be] a percentage who are not doing the right thing. And I hope a very large percentage can persuade the police that they have a very good reason not to respond to the door when ADF and public health officials knock-on.

Health teams and ADF staff have conducted more than 5,000 surprise checks on people who should be in self-isolation since July 22, and a total of 500 people who did not answer their doors were referred to the police.

Last week, the Premier announced that when officials door knocked, more than one in four individuals diagnosed with the virus were not at home. The State government has since barred people from exercising as they are leaving their homes with the virus.

There are currently nearly 1,000 health care workers infected with the virus, as the Premier has called on Victorians to enforce lockdown restrictions “to protect themselves,  also to protect our dedicated healthcare team”

Chief health officer Brett Sutton said there are more nurses than doctors who contract the virus.

In the meantime, Victorian Education Minister James Merlino has announced that special consideration will be given to all VCE students for their scores in ATAR.

Mr. Merlino said that each VCE student will be assessed individually, and any adverse COVID-19 impacts will be reflected in their ATAR ranking.

Mr. Merlino said in previous years, a student who was given special consideration due to a long-term illness or significant event in their life might have improved their VCE grades from a C to an A.

“It is going to be assessed individually. Every student is different. We ‘re going to work it out in a variety of ways,” he said.

The message to each student is that you will be assessed individually. You will not be at a disadvantage when you take the VCE exams at the end of the year, Mr. Merlino said.