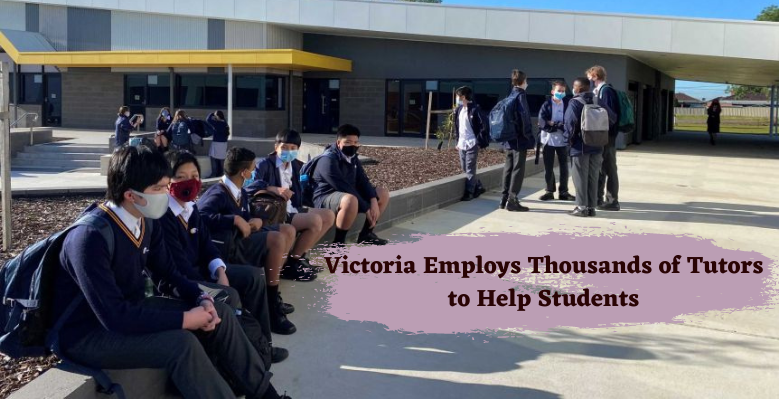 Next year, the Victorian Government is investing $250 million to appoint and deploy more than 4,100 tutors to Victorian schools to support students who suffered after the lockdown imposed to contain the spread of coronavirus.

The Minister of Education, James Merlino, said the investment was the single greatest boost in the history of the state to individual learning and would support any government school across Victoria.

In Catholic and independent schools, the government will now spend $30 million to hire 600 tutors to deal with vulnerable pupils. During remote learning, we know some students thrived, but we also know some suffered. This is about ensuring that no one is left behind, said Mr. Merlino.

My message to parents and guardians, we’ll get them up to speed if your kid has fallen behind. More than 200,000 students who could have fallen behind in their studies or been disengaged during remote learning would be helped by the kit.

After two months of studying from home under the state’s coronavirus lockdown, almost 600,000 students returned yesterday to face-to-face studying in Victoria. Retired teachers, casual relief teachers and pre-service teachers have been called upon by the Minister of Education to put their hands up to fill the roles offered.

It is important to remember that this is beyond and above the current workforce and to recognize it. The government hopes that women will occupy 80 percent of the vacancies.

Support provides $8.6 million for the recruiting of 16 state-wide Koori support workers and 60 multilingual and bicultural support workers for students whose first language is not English.

For the remainder of the 2021 academic year, the tutors will be deployed, with local schools granted authority to decide how best to employ the additional support personnel. During the rest of this year, students will be individually tested to determine those who need more guidance to get up to speed.

The Minister of Education said that tutoring could take place in small groups of up to five children, in sessions lasting about 45 minutes. Both the foreign and domestic data shows that this is the only way to make the most difference when it comes to getting children up to pace, Mr. Merlino said.

The Grattan Institute has published a study that indicates that in just 20 weeks, small-group tutoring will have an extra five months of schooling. The Government is calling for the pre-registration of interested tutors at education.vic.gov.au.