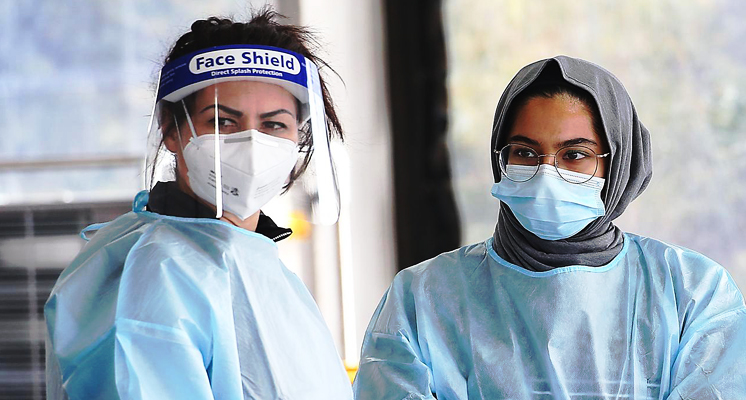 This brings the number of COVID-19 deaths in the state to 363, but the daily total equals the lowest since July 11 – in more than five weeks. It is the fourth consecutive day of 200 cases, a positive sign two weeks after the 2nd wave peaked on August 5 at 725 cases.

Another 82 mysterious cases have been added to the nation’s tally.

Premier Daniel Andrews said there are now 2,050 active cases in the aged care sector and only five of them are in state government facilities. This comes after Prime Minister Scott Morrison was questioned on Wednesday morning about the responsibility of the outbreak of private elderly care. The federal government regulates enterprises in this sector.

There are 1069 active cases among health care workers, and 63 paramedics are out of work due to Coronavirus, including five who have tested positive.

Victoria has recorded a total of 17,446 cases since the epidemic began. Phase 4 restrictions were imposed in Melbourne, on August 2.

Community transfers are heading down

Victoria’s chief health official, Professor Brett Sutton, said that Wednesdays are usually “high days” and that it was a good sign of a drop in infections. He said, “We will take 216 (cases)”

But we have to keep in mind that the test numbers are down. The transmission of the community is also going down as planned.

Four new outbreaks were reported overnight by Victoria, one of the lowest in weeks. Professor Sutton said the numbers are going in the right direction.

Active cases decreased by 119 in the past 24 hours.

Professor Sutton said the challenges of the second wave should not be underestimated. Victoria’s popularity worldwide is fairly well achieved with the second wave.

But concerns were raised about lower test numbers in the state, as 16,109 people were screened on Tuesday, down from the daily rate of 20,000.