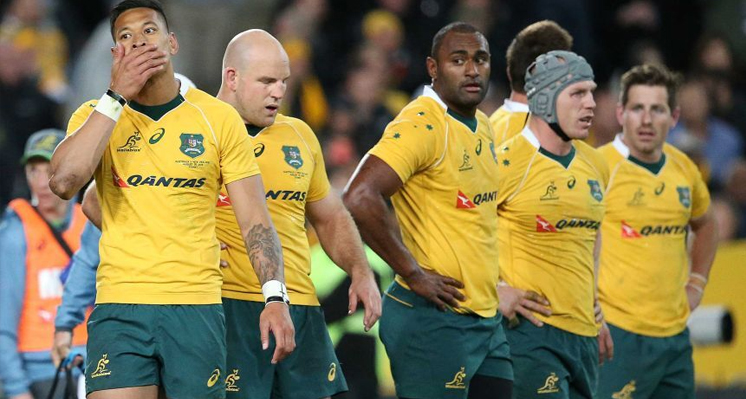 Rugby Australia’s fragile finances were hit hard on Wednesday with main sponsor Qantas announcing that it will end its 30-year engagement at the end of this year.

The announcement came when new Australian coach Dave Rennie confirmed that Michael Hopper, 28, would be retained as the captain for this season and lead the Wallabies for his 100th Test next month.

The Australian airline has sought significant cost savings across the board as it grapples with the fallout from the coronavirus pandemic and has said it has reviewed five major sports sponsorships.

As we deal with this crisis and its aftermath, the monetary cost of our care should be zero, said Stephanie Tully, Qantas’ chief customer officer, in a statement on Wednesday.

The company said in a statement that it has studied how it can continue to bond with its existing partners using in-kind support including business trips and marketing support.

Sadly, the announcement reads that Qantas is not in a position to extend its 30-year partnership with Ruby Australia until the end of this calendar year.

Qantas has had a very long relationship with Australian rugby and wallabies, and we have stuck together during tough times. Unfortunately, this epidemic has been receding. Like all Australians, we will continue to encourage them from the sidelines.

The statement said Qantas will continue its association with Cricket Australia and the Australian Football Association on an in-kind basis over the next 12 months before another review.

Australian Rugby’s interim chief executive, Rob Clarke, said it was a “disappointing” decision that his organization accepted given the financial pressures facing the airline industry.

New Wallabies coach Rennie, who supervised his first training session on Tuesday since taking over from Michael Cheika last year, announced on Wednesday that Hooper, a role he has held since 2014, will remain as captain.

The openside flanker has taken 46 tests as captain, including during two World Cup campaigns, and while no one has questioned his work rate or commitment, his judgment on the field and his ability to communicate with referees has been criticized at times.

Rennie said in a tweet that I was very touched by Hooper.

Over the last nine months, we have talked a lot and it has illustrated his enthusiasm and dedication. With a distinguished work ethic, he is a decent guy and he is a perfect role model for our coming youth.

Hopper will become the 12th Australian to get 100 Tests when he runs out in his first Bledisloe Cup match against the All Blacks in Wellington next month.

It is a huge honor to wear the Wallabies jersey, Hooper said. I’m proud to lead and serve my team-mates with these players who have gone before and all the Australians.

The squad will leave their training camp in Hunter Valley on Friday for New Zealand, where they will be isolated before making final preparations for back-to-back tests against the All Blacks on October 11 and 18.