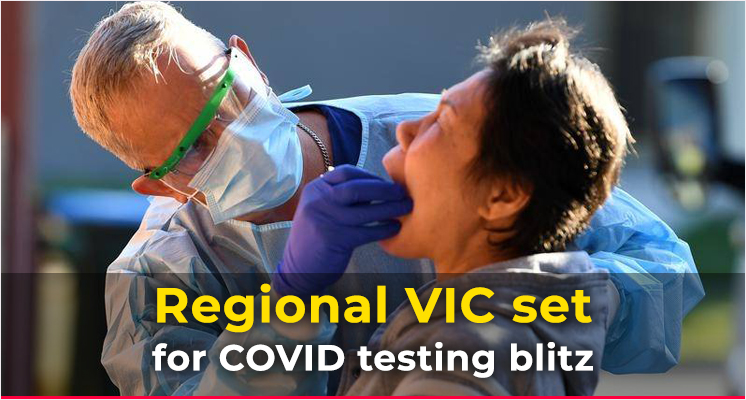 Victoria has recorded 278 new cases of coronavirus and eight deaths, while the Premier announced a test in provincial Victoria. Thursday’s daily case numbers are the lowest since 275 cases on July 20, raising hope that the fourth phase of restrictions will succeed, but the state’s deputy chief health officer urged a cautious approach.

“We are looking at trends over time.”

However, he noted the introduction of masks and that the curfew 10 days ago was having effects and the numbers are going down.

Four of the deaths are related to the outbreak of elderly care.

There are 2018 active cases in 125 elderly care facilities, and 1,140 active cases in healthcare workers. There are 664 Victoria residents in the hospital with the virus, of whom 37 are in intensive care and 35 are on ventilators.

The premier announced that testing centers will be deployed in the Victoria Regional District as cases rise in rural areas. We have seen significant growth in Geelong, Ballarat and Bendigo cases and this is troubling to us. Outside Metropolitan Melbourne currently, there are 482 active events.

176 cases were recorded in Geelong in the past 14 days, Deputy Chief Health Officer Allen Cheng.  A lot of these are attributed to outbreaks, which are being controlled, but there are some outbreaks and some cases where we don’t know where they came from and it is very important that people in the community get tested there,  Professor Cheng said.

My understanding is that Geelong is not connected to Kulak, but there are certain movements of people between these areas and that is something we are watching very closely.

A high percentage of these are not being tracked because of existing outbreaks.

Andrews also warned of “unclear cases”, which led to the new test centers, which will open from Friday. More than 340,000 tests have already been conducted in rural areas.