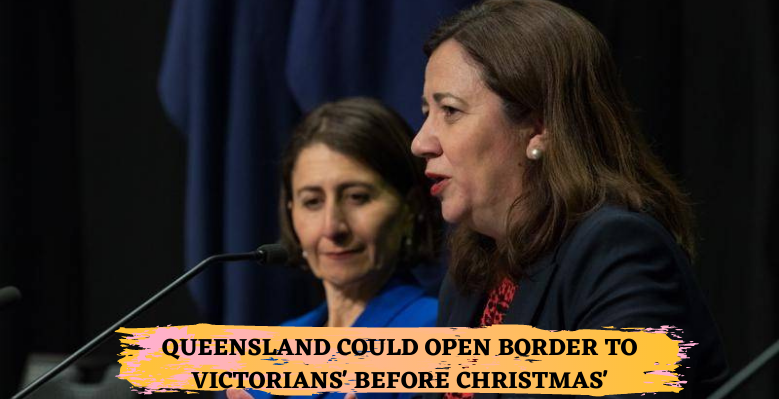 Victorian citizens have been given hope of being letting into Queensland on Christmas.
The Premier of Queensland Annastacia Palaszczuk said Queensland could reopen their borders to Victoria before Christmas but insisted the health advice would guide her border policies.
The Premier said that coronavirus community transmission standards would be observed in the state as it opens up in the upcoming weeks.

She continued saying, “What is encouraging us is the results we have seen in Victoria, and that is incredible. As they open borders, authorities will be examining that very strictly for the following few weeks.”

Queensland’s air border to Victoria has been blocked since 26 March, when the northern state put up the rest of Australia’s shutters.
After that, restrictions to visitants from other states have reduced, but Victoria’s second wave limited any movement to Queensland. And Victoria has marked one week of no other coronavirus cases.
The next border reopening decision can be made at the end of November month.
On Friday, Ms. Palaszczuk was hopeful of the chances of opening up Queensland’s border in December.
She has confirmed there is no medical reason for the state’s border administration to be evaluated at the end of every month, rather than on a rolling basis.
Ms. Palaszczuk has clearly said that “We will take the advice of Dr. Young.”
“Our Chief Health Officer has stood Queensland in very good stood so that Queensland will listen to their advice,” she said.

Queensland Premier said there were overall eight active cases across Queensland, and no further cases were identified in quarantine overnight. The government conducted approx 4320 COVID-19 tests in the past 24 hours.
Queensland had 52 continuous days without the COVID-19 transmission in the society, although some cases have been recognized with quarantined travelers.
Despite ongoing consideration about her government’s border systems, Ms Palaszczuk declared she would examine the restrictions on Victoria and Greater Sydney at the end of the month.

Businesses and tourism leaders have appealed with the Queensland Premier Annastacia Palaszczuk to evaluate the decision more often.