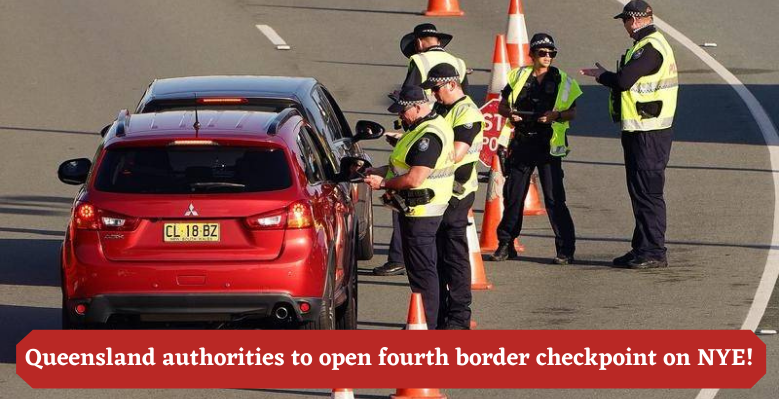 Queensland authorities are opening a fourth checkpoint along the Queensland-NSW border on New Year’s Eve to ease long traffic lines for getting into the Sunshine State.
Citizens are hoping to get relief from traffic. Presently, there are 17 checkpoints along the border, yet 3 of them are operational due to the Sydney Northern Beaches outbreak brought back a hard border lockdown between the two states just over a week ago.
From Thursday 7 AM at Miles Street in Coolangatta, a fourth checkpoint will open and alleviate the heavy traffic.
Queensland Police Chief Superintendent Mark Wheeler supported the continuing delays, confirming ten fines had been published so far in the last week to Sydneysiders supposedly lying to get over the border.
Five of those fines were issued on Boxing Day only to a crowd who allegedly lied on their border declaration pass and were travelling to Airlie Beach for a holiday, said Mark Wheeler.
For the claimed offence the group will have to fork out near to $20,000.

Superintendent Wheeler said, “Predominantly they are informing us they have not been in the Greater Sydney region in the last two weeks and they are the correct people we require to stay out of the state.”
“Citizens have to remember the directions of the Chief Health Officer are in place to restrict COVID-19 from people coming into Queensland and to keep our society safe.”

Superintendent Wheeler confirmed “authorities were in the last stages of fixing up the Miles Street checkpoint. I expect it will help ease overcrowding considerably on the Coolangatta and Tweed backstreets.”
There are three checkpoints presently in working mode has been operated 24/7, but ques in traffic have remained to increase with many wanting to get into Queensland, said Superintendent Wheeler.

“We have approx 100,000 transports a day passing just on the Gold Coast. And we are working to prevent a cohort of around five million people from the Greater Sydney area from getting into our state. So yes there have been delays not only for people who are doing their day to day business and travelling but for essential workers,” he said.