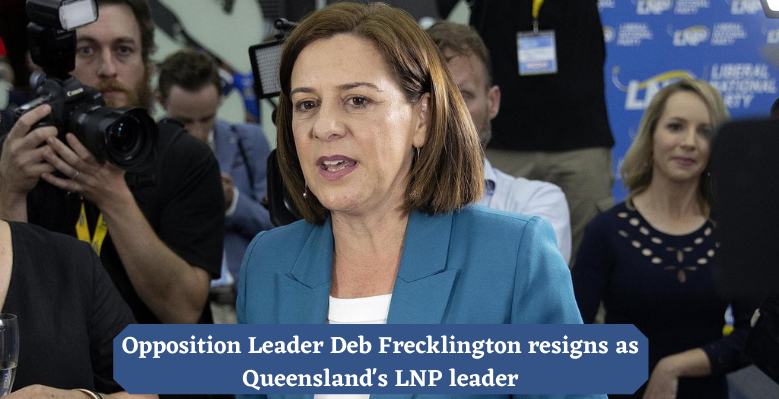 Opposition Chief Deb Frecklington of Queensland says she would step down as party leader after the electoral loss of the Liberal National Party at the weekend. Discussions on the LNP leadership began almost immediately following the party losing several seats in the state elections.

On Saturday night, Ms Frecklington said she intended to continue as leader of the LNP, but said she has since reflected on her future.

Ms Frecklington said she would convene a party conference to elect a new leader and would not run as a candidate until the final vote was counted. She said, my first impulse is always to fight against it. I’ve had a wonderful day with my family and my husband, Jason, ever since, and I’ve been thinking about my future.

If all the results are officially declared, I will convene a meeting in the party room and ask my colleagues to name a new Liberal National Party leader. In the leadership contest, I will not be a candidate.

Anyone who is the new LNP leader will have my full support and my full allegiance, and I will assist them in any way that is possible to help this party move forward. So far, being the leader of the Liberal National Party and maintaining the great traditions of democracy, the great traditions that hold this government to account, has been the greatest honor of my life.

Ms. Frecklington claimed that in announcing her decision to step down, she took responsibility for the loss of the LNP and targeted the effect of the coronavirus pandemic on the election.

I am sorry that we were unable to win this election, considering all the support we had, she said.

The LNP had a very good prospect of winning this election at the beginning of 2020, and there is no question that COVID has had a major influence on Queensland politics.

Ms Frecklington, speaking outside the House of Parliament in Brisbane, thanked her parliamentary colleagues, staff and party members for the “incredible support” she got.

I want to thank my deputy, Tim Mander, in particular, who has helped me every step of the way, she said. I would also like to say special thanks to the people of Nanango for once again helping me in this election.

In particular, I would like to thank my family who has just been rocking for the past three years. Spending time with family was a vital part of her decision to step aside, the outgoing Opposition Leader said. She said it was a question for him when asked whether she would back Deputy Opposition Leader Tim Mander for the leadership. After he led the LNP to a defeat at the last state election, Ms Frecklington took the reins from Tim Nicholls in 2017.