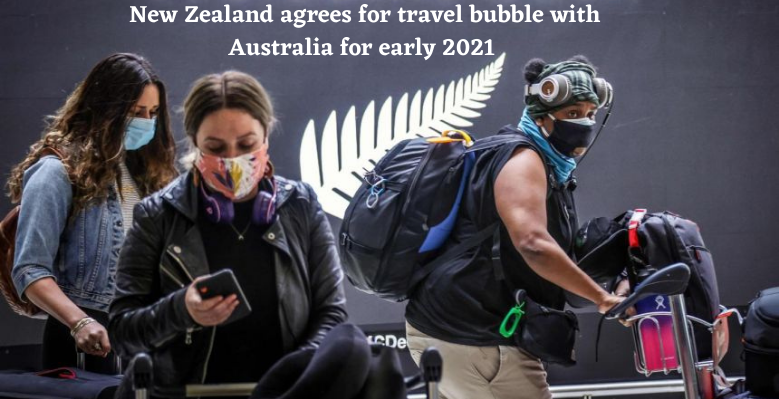 On Monday, New Zealand agreed to allow quarantine-free to travel with Australia in the first portion of 2021.
New Zealanders are permitted to enter a number of Australian states, although so far Australians are not allowed to travel across the Tasman without quarantining.
New Zealand Prime Minister Jacinda Ardern says the country has accepted in principle to a touring bubble with Australia.
Ms Ardern said the bubble was presented today, during the final cabinet meeting of the year, with travel to begin in the first quarter of 2021.
“Cabinet has accepted in principle to build a travel bubble with Australia. We expect in the first six months of 2021 pending approval from the Australian Cabinet and no significant change in the conditions of either country,” she told reporters.
Officials have been managing on arrangements for that, Ardern says while admitting that one of the models was 28 days of free of social transmission.

Australian Health Minister Greg Hunt greeted the proposal from New Zealand, and he said Australia would support the arrangement.
Mr Hunt said, “Definitely. This is very simple because we already have committed to the principle of a two-way bubble.”
He said, “We have established for New Zealand; it was a one-way bubble. Now, this gives a chance for Australians and New Zealanders to visit New Zealand, whether it is for business, weddings, holidays, funerals, friends, family, births, without having to quarantine. It is the first mark on a rebound to international normality.”
Mr Hunt said Australia is set to execute from our side as soon as New Zealand is ready.
“We know it may take more weeks, yet we are managing patiently and constructively,” he said.

New Zealand was world widely appreciated for its strict management of the COVID-19, which has caused only 25 deaths in a five million population.
Australia has approved quarantine-free travel for New Zealand travellers since October. However, New Zealand has not reciprocated, having its 14-day quarantine.
Over the weekend, New Zealand declared a similar plan for a travel bubble by the tiny Cook Islands in the Pacific in the initial quarter of 2021.