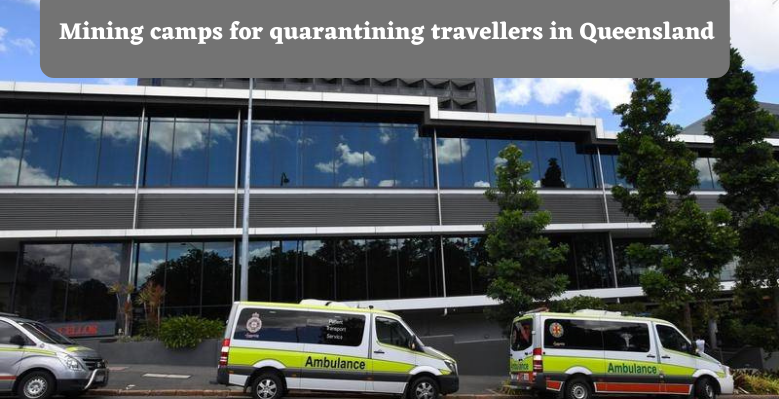 The Queensland Government might consider using mining camps to isolate overseas travellers as the state grapples with a cluster of the highly-contagious UK strain of COVID-19.
Queensland Premier Annastacia Palaszczuk confirmed they are going to raise this idea in national cabinet meets with the Federal Government next Friday.
She said, “we are going to look at all choices, and one of those choices is to look at some of Queensland’s mining camps that we already have.”
“Now, for a beginning, few of these camps are four-star.
Ms Palaszczuk said, “according to my understanding, most of the mining camps, the ones we are searching at, consist of balconies, so the guest will have a lot of fresh air. ”
“I think this is a wise choice, and if we are dealing with a COVID-19 strain which is up to 70 per cent more dangerous, I think we require to be really serious about it,” she said

Queensland recorded four new cases of COVID-19 overnight, and all were in hotel quarantine.
Two of them were returned travellers from the United States, and the rest two were from South Africa.
Overall there are now 27 active cases in the state after more than 13,000 COVID-19 tests were done in the last 24 hours.

Chief Health Officer of Queensland Jeannette Young had “very little concern” that the UK variant had spread in Australia’s society.

Dr Young said the UK virus started at the Hotel Grand Chancellor when a woman and man arrived on December 30 from the UK.
Dr Young said he (infected man) left his room to go to the hospital for treatment on January 3 and the staff cleaner only worked on the room on January 2.
She said, “I am pretty sure the cleaner did not go into his room.”

“There is no chance that any cleaner has gone into that room after that the man left for the hospital. Anyways that is facts, but the investigation still needs to be continued by police,” said Dr Young.