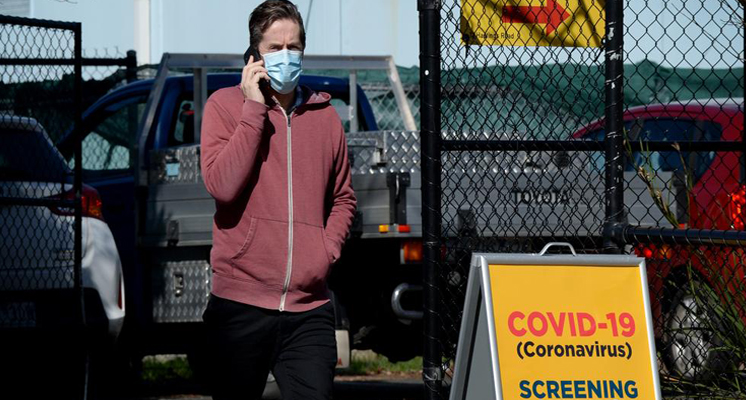 17 residents of Victoria have died of coronavirus, with 222 new cases recorded overnight. It was the state’s lowest daily total since 217 new cases were recorded on July 18, two weeks before the fourth phase restrictions were imposed in the capital, Melbourne. Another 43 mysterious cases have been added to the nation’s tally.

Victoria’s chief health officer Brett Sutton said the number of mysterious cases has returned to 20 percent of daily cases, which is worrisome but is now at par with the June statistics. The daily death toll is down from Monday’s high of 25 the deadliest day in Australia so far. Since the pandemic began, Victoria has recorded 351 deaths and 17,238 cases of the virus. Thirteen of the 17 deaths on Tuesday were associated with elderly care.

Premier Daniel Andrews has again urged people to get tested, especially if they have symptoms because it is more likely to be coronavirus than influenza. There is a 30 percent decrease in people taking the test, Andrews said, which is partly due to less movement in the community.

The test numbers are too low for us to show how much virus is there, he said. Our greatest weapon in fighting an epidemic is to continue testing. Most importantly, the number of active cases in the states decreased by 200 to 7,247.

Professor Sutton said he hopes the number of daily cases will be in the hundreds, not 200, next week. But it all depends on everyone doing the right thing, including taking the test, he said.

I believe we would have enough test rates at 17,000 or 18,000 if we tried to get people to test for symptoms. But I don’t think there is one magic threshold. I think it’s all about the fact we only need someone who has symptoms.

Regional cases are declining, with 422 active cases – down 90 in recent days. In Geelong, there are 159 active cases, 44 in Bendigo and Ballarat 24.

The announcement of the Victoria Pat boundaries is imminent as well, according to Andrews, who said the ongoing discussions have been fruitful with the New South Wales government expected to announce the time for today’s changes. This comes after warnings from the Victorian Farmers Union about concerns about food and worker shortages.