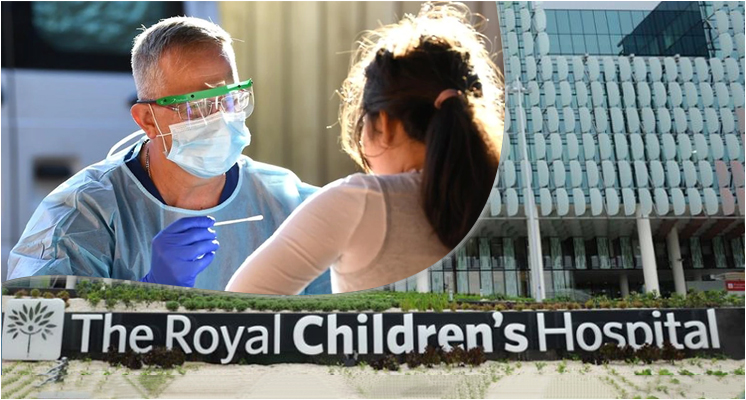 While the PM Scott Morrison says that responding to the second wave of COVID-19 infection cannot shut down the country and another shutdown is just not sustainable the situation in Victoria got a bit more out of hand as 238 new infections were recorded today. The worst came from the Royal Children’s Hospital in Melbourne where five workers were reported to be positive for corona-virus.

Apart from the five workers who have tested positive for corona-virus there are seven workers who have been self isolating themselves over the the past few days. The center however has clarified that these cases are not a part of the outbreak. A spokesperson from Royal Children’s Hospital has confirmed that these workers were not connected with any work team. The spokesperson also confirmed that there were no COVID-19 patients in the hospital. The other seven workers also have been self isolating themselves for individual circumstances thus ruling out the possibility of a outbreak.

Last Friday a shop within the hospital had to be closed since a back of the house worker at the premises tested positive. Since this is a private retail tenancy the contact tracing is being managed by the health department informed the spokesperson at RCH.

Victoria has announced one corona-virus death and an additional 238 fresh cases, the fifth day in a row when more than 200 cases cases have been reported on a daily basis. Out of the fresh cases that came up on Wednesday 29 are part of a known outbreak and the remaining 209 are being investigated for the source and the contact.

Chief Health officer Brett Sutton is not really optimistic with the growing number of cases at this fact pace. He has warned that this corona-virus wave will lead to more deaths. According to an estimate provided by Dr Sutton one in hundred will die thus raising the number of deaths to 2-3 in the coming weeks even if the number of cases coming out everyday is stabilized.

Residents in metropolitan Melbourne are required to stay home and venture out only for necessary grocery shopping, medical attention, work and study along with exercise. People have also been advised to wear masks. A mandatory distance of 1.5 meters from one another needs to be maintained at any cost to stop the virus from spreading.