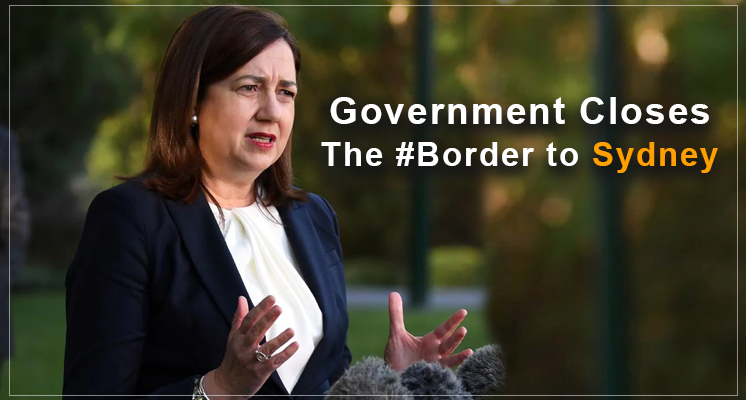 In New South Wales 19 new cases of coronavirus have been reported in Queensland with two 19-year-old women testing positive.

Each and every individual who has been to Greater Sydney is being prevented from arriving in Queensland.

Returning residents will be isolated at their own cost in a hotel for 14 days. We are in tough times right now and we have to do everything we can.

Mrs. Palaszczuk also urged Queenslanders not to travel to Sydney or Victoria.

She said she would also continue to “watch carefully” for other potential hotspots across the country.

A criminal investigation is underway into how the women return  without entering compulsory quarantine.

It’s very sad that those two individuals traveled to Victoria, she said, “we’ve closed strict borders with Victoria. This is what they did and we must act now quickly.

We will have to do a lot of monitoring interaction because of the ignored behavior of these two and that would be an annoyance to many people.

The next 48 hours are critical. We need to ensure that any of these people who may have contacted the two confirmed cases need to be quarantined and must also be tested.”

Chief Health Officer Jeannette Young said the women were not isolated and had been traveling within Logan communities and southern Brisbane South for eight days while they were contagious.

The two women live in two separate homes in Logan and Acacia Ridge, one of whom is a cleaner at a local private school.

Extensive monitoring with health authorities is being undertaken, claiming that women might have visited local shopping centers and churches.