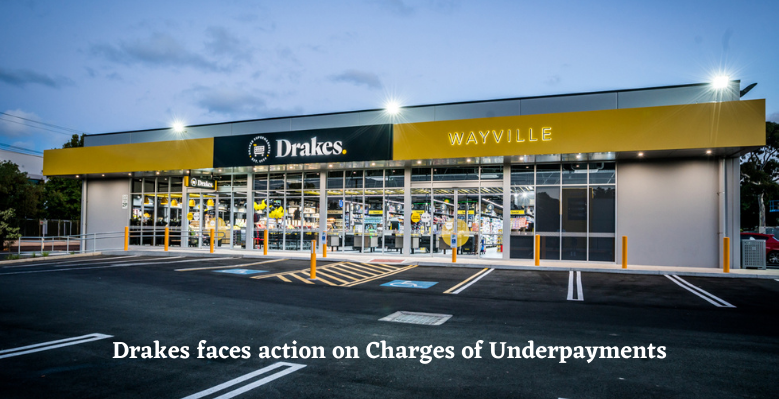 The culture of “insecure” jobs in Australia is fueling wage theft allegations against retailers, Australia Institute’s think tank reports, as a class action against another large supermarket chain is launched.

The action this time is being taken against independent retailer Drakes Supermarkets, which operates more than 50 stores across South Australia and Queensland, a few underpayment charges have been leveled which have triggered the action. The class action brought in the Federal Court by Adero Law alleges that Drake’s staff were not compensated for allowances and entitlements due by doing overtime and penalty work.

The statement of claim claimed that employees suffered illegal deductions from their weekly wages allegedly in respect of the cost of their work uniform products.

It claimed that the Adelaide-based chain allowed employees to “work extra shifts on days when they were not rostered to work to cover the absence of other employees (including on weekends).”

Coles admitted underpaying employees via its grocery and liquor stores earlier this year and set aside $20 million to pay back employees, while Woolworths will start paying back up to $ 300 million in December.

Other big organizations that recently discovered they have low-paid employees, which started paying hundreds of employees late last year are jewelers Michael Hill and the company behind Gloria Jeans and Donut King.

Staff who feel more anxious and more desperate for their wages are less likely to question their employers’ standards of working for free. For jobs in these industries, it’s a race to the bottom, but it’s also a race to the bottom for long-term economic growth and prosperity. No-one wins.

Another problem, Ms. Pennington said, was that the kinds of penalties levied were sometimes not robust enough to prevent wage theft.

If they do eventually pocket a windfall of several millions of dollars in unpaid salaries, the relative risk to an employer of coping with a class action might be worth taking, she said.