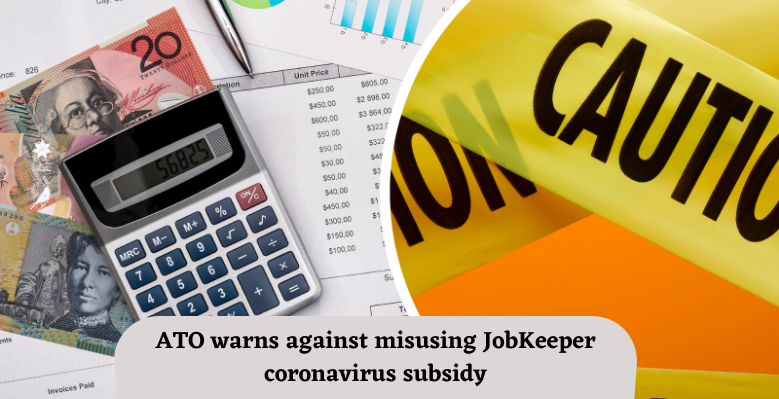 The Australian Taxation Office ( ATO) has cautioned, businesses, that receive COVID-19 support payments such as the JobKeeper wage subsidy while either paying executive compensation or increasing dividends risk harm to their reputations.

The rules for stimulus measures did not specifically mandate businesses to avoid paying executive compensation or to raise dividends to shareholders, but there was a rapid outcry for those businesses to misuse the spirit of the measures, said Jeremy Hirschhorn, ATO’s second commissioner.

At the Australian Financial Review CFO Live conference on Thursday, he told finance chiefs that they wanted to “respect the tax law, but also respect the spirit of the law.”

In the community’s view, the quid pro quo is that large companies, especially but not limited to those who have accessed these programmes, will pay their share and strengthen their tax approach, said Mr Hirschhorn.

The alarm comes after a number of ASX-listed firms have been discovered to have earned JobKeeper wage subsidies and general fears that, amid promises not to pay bonuses during the pandemic, executives would walk away with cash handouts.

In March, Ms Holgate, who is battling to retain her position at Australia Post after it was reported that she spent almost $20,000 on luxury watches for executives who secured a financial services contract with a major bank, said that executives would “forsake the right to a bonus payment.”

However, it is likely that the bonus would not be given to Ms. Holgate due to a deferred retention payment from the last financial year, which will equate to about 19% of her fixed salary of approximately $ 1.5 million.

On individual chief executives, Mr. Hirschhorn did not comment. But he said his opinion that when providing government funding during the pandemic, corporations do not pay incentives is consistent with messages from company and investor groups.

Chief Jennifer Westacott of the Business Council of Australia and Ownership Matters shareholder advocacy group is among those warnings about incentives being paid under these circumstances.

The group will have little sympathy for corporations seen as wasting public funds and abusing tax loopholes, Mr Hirschhorn said.

In your annual report, I urge you to consider the optics of making a statement stating that the pandemic has not greatly affected your company’s activities while receiving hundreds of millions of dollars in stimulus at the same time, Mr Hirschhorn said.

If aggressive tax activity spills into the public domain, especially in times of budget deficit, the line” we obey the tax laws in every country in which we work “would play even less well, he added.