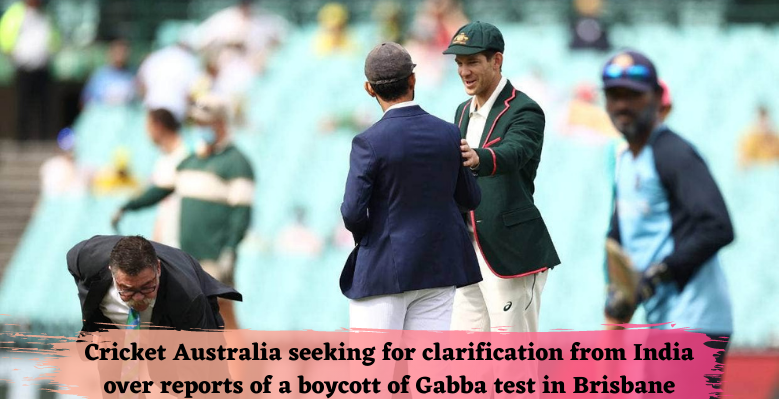 Cricket Australia is seeking clarification from the Board of Control for Cricket (BCCI) in India after more reports appeared relevant Gabba boycott.
The past week has been overshadowed by news of India’s Test stars being unhappy at the chance of flying to Brisbane if it requires them continuing to work within a bubble.
On Wednesday Indian captain Ajinkya Rahane did not confirm whether his team would fly to Queensland to complete the series. And reports say Ajinkya Rahane has on many occasions said that they are only focussed on the Sydney Test.

The biosecurity protocols for both the Gabba and SCG Tests are same, with players are not allowed to leave their hotel for anything, but they can leave their rooms to see one another. They can leave a hotel only for training and playing at the respective grounds.

The quarantining protocols being demanded by the Queensland Government on December 29, has been signed off by BCCI officials. And precisely the same protocols will be faced by the teams in Sydney.
Cricket Australia say they are still yet to get any following correspondence out of Mumbai on the heated drama, despite the regular reports showing a revolt could be looming.

Chiefs of Cricket Australia seek an urgent explanation from the BCCI in a bid to put the destabilising talk to bed, as teams are ready to take the field for the third Test match.
The unexpected reaction from team India is complicated because the complaints still seem to be based on their opinion they are being restricted to hotel rooms in Queensland.
Though, Queensland’s chief health officer has previously said that the team India will be free to roam around the entire luxury hotel booked out by CA as they are in Sydney.