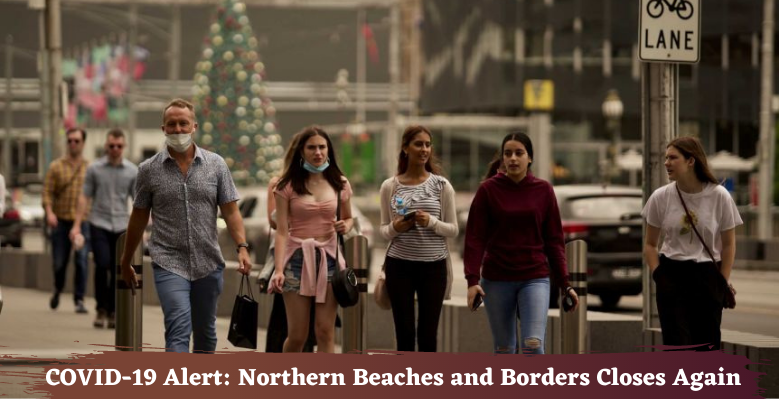 NSW continues to witness scarring coronavirus cases after Premier Gladys Berejikliam alerted people about the accelerating number of cases. Berejikliam has asked people to brace themselves for another wave of COVID-19 cases.
After a short break, the Northern Beaches of Sydney have encountered 28 new COVID-19 cases and have found their links too. At this, NSW Premier Gladys Berejikliam came forward and said that she warned the state and said “brace themselves” as more cases are on the way.
Premier Gladys Berejikliam said, “The number of people who were at the RSL event on December 11 and then the bowling club on Sunday were substantial, and obviously they have got household contacts and contacts of theirs,”
Reports suggest that the infection affected and scattered in the state since December 3.
On this, Premier Gladys Berejikliam said that she did not want to “go down the mandatory path” and ask people to wear masks while keeping all social distancing norms in mind. She said she would make it a compulsion when required.
She said, “I will if we have to,”
Further, she continued and said, “I’m hoping it won’t get to further measures, let’s just see the next 24 to 48 hours, but we won’t hesitate to take on health advice. We believe what we have in place matches the risk.”
Meanwhile, Health Minister Brad Hazzard used some harsh words to explain the worsening circumstances and described the sudden outbreak as the impact of “an avalanche of complacency.”
Brad Hazzard said, “We’re in the middle of a worldwide pandemic… the Avalon cluster has served as very timely reminder that there is no room for complacency.”
On this, Premier Gladys Berejikliam had accepted that the state was struggling with “disobedience” from the end of international aircrew even before the entire state cracked down on the authority.
Further, she said, “Without saying the particular airline, there was one airline crew member weeks ago that breached their isolation and went to venues,”
“So, fortunately, that doesn’t seem to have amounted to anything and was not subject to any consideration at this stage, but that is an example a few weekends ago when aircrew are supposed to isolate and chose not to.” She added.