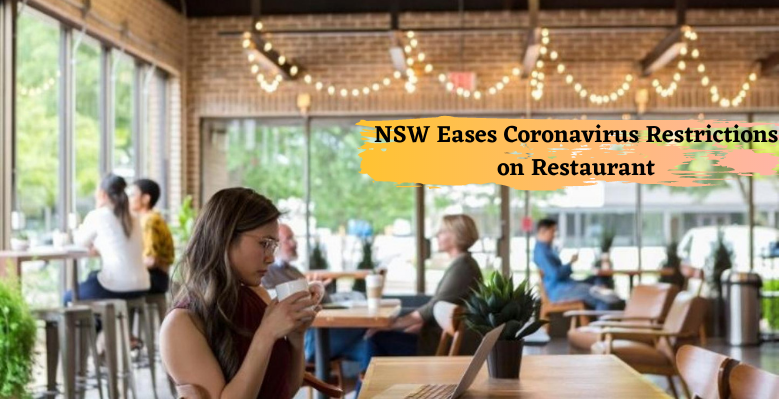 After the state reported zero local cases of COVID-19 in the last 24 hours, the NSW Premier announced further relaxation of restrictions around gatherings. From this Friday, gatherings in outdoor public spaces and party bookings in restaurants will be expanded to 30 people, but “mingling” is still off the cards.

Usually, no more than 10 people in a restaurant can sit together and no more than 20 people outside can gather together. This is good news that will help people to prepare for Christmas and summer holidays, said Gladys Berejiklian.

[But] we are not in a position where we can encourage mixing … so everybody has to sit down.

As homes are still considered high-risk areas, there is still no adjustment to the 20-person cap for household gatherings, Ms. Berejiklian said. But is good news for those preparing their nuptials, the number of people who can attend weddings will be lifted from December 1 to 300 people, according to the indoor and outdoor 4-square-meter regulation.

There is no change to dances at weddings, however, with only the bridal party (up to 20 people) allowed on the dance floor. This increase to gathering sizes will encourage hospitality venues to schedule ahead and roster more workers, the Premier said.

She said we are really worried about employment and job creation in NSW. But we also expect that the relaxation of restrictions, together with the excellent work that our health workers do, will place us in good condition to safeguard jobs.

Ms. Berejiklian said she expects there will be a change in the Sunshine State’s “impossible” benchmark to open their boundary to NSW following the Queensland election on October 31.

They’re almost setting us up to fail, and in the next few weeks, I hope that position changes, “she said.”

I don’t know where you have at least 8 million people with open borders on the planet where you will be able to have zero community transmission cases … for 28 days.

Meanwhile, the Victorian Premier, who said yesterday that he never signed up for New Zealand travellers entering Victoria via NSW, was struck by NSW Health Minister Brad Hazzard.

New Zealanders were permitted to fly into NSW and the Northern Territory last week as part of a one-way Trans-Tasman bubble, but 55 passengers flew to Victoria after landing in Sydney.

Mr. Hazzard said that Victoria had to “work their problems out. I’m a little surprised … because I searched on the Victorian Health and Human Services website as little as 10 minutes ago and it simply applies to the fact that after passing through Sydney, people coming in from New Zealand will reach Victoria, “Mr. Hazzard said.”

6,952 tests were performed yesterday in the 24 hours to 8:00 pm, with only four hotel quarantine travellers showing positive findings.

Despite there being no local incidents overnight, Chief Health Officer Kerry Chant said this was not the moment to rest.

We are not complacent … we are worried that transmission chains are undetected, particularly in south-western Sydney and Western Sydney, “said Dr. Chant.” It is important.

Please come forward and get a screening if you have the slightest of signs. This is important.