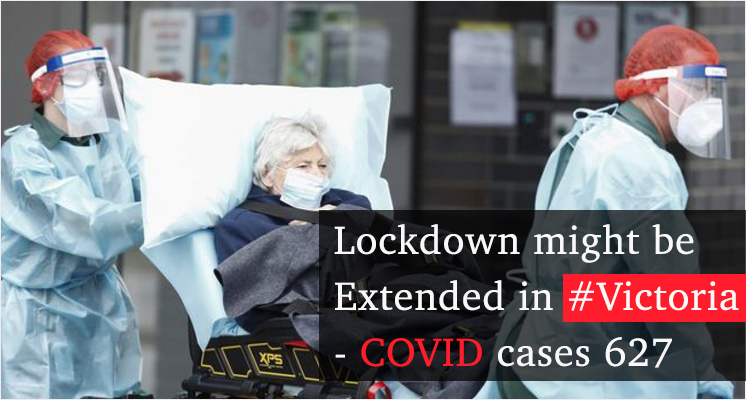 Premier Daniel Andrews cautioned that restrictions are likely to be expanded in Victoria beyond the six-week lockdown in Melbourne and Mitchell Shire after another 627 cases of coronavirus and eight deaths were registered overnight by the state.

The rise in cases is the pandemic’s second-largest one-day increase and it has come after reporting 723 cases yesterday.

I don’t have to reveal any next steps, but we all must understand that these numbers are way too big and that we can’t open with them. We couldn’t even start with even lower numbers than those.

The Premier announced that national and Victorian health officials were carrying out a “detailed review.”

We have very large numbers, the group transmission is very strong, we must carry out a careful analysis, and further steps outside the current structure are needed.

He said the analysis would allow the authorities to know what to do to reduce the numbers.”It will continue today and tomorrow, and if we get more announcements, we will,” he said.

I don’t think it’s unfair to say there’s a whole host of possible next steps that will come at a very large expense-and I mean it with all its meanings.

Since late last week, staff and health officials of the Australian Defense Force (ADF) have been knocking at the homes of people who have tested COVID-19 positive.

The Premier said that more than 130 people who have been diagnosed with coronavirus have not been at home in the past two days.

“Trying to understand that is very difficult. There may be economic issues, and we’ve talked about this several times over many days.”

Mr. Andrews said that 5,200 people have applied for the $300 payment offered to those who are waiting for a test result and do not have sick leave.