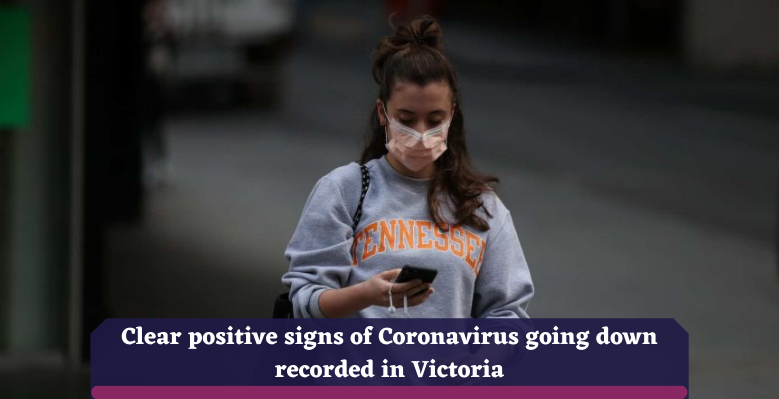 Clear signs of cases going down in Melbourne have been recorded in the past few days according to an announcement made by Victorian Premier Daniel Andrews. However the Premier was not too keen on taking a call on lifting the restrictions since he felt it was too early as the graph for the spread of the virus has just started to go down.

The number of cases has been restricted to seven within Victoria in the past 24 hours with three cases from Shepparton in regional Victoria. Considering Melbourne’s rolling 14 day average of new cases cases per day at 9.6 seven can be considered below average. Currently there are 182 active cases of coronavirus all across the state.

Although the target for Melbourne for the next step was to bring the rolling average below five to open up and lift the restrictions however mathematically achieving this average does not seem possible right now. In regional Victoria the rolling average has risen to 0.6 after more than 16,000 tests across the state yesterday.

Premier Andrews feels that the figures for Melbourne are encouraging however to talk about restrictions being eased ahead of an expected announcement on Sunday might not be possible.

“To have just four cases in Melbourne, that’s very positive news,” he said.

However Premier Andrews has his focus on the way the days between now and Sunday unfold. The outcome of the restrictions and the other measures being taken to contain the virus have been quite strong which have resulted in the dwindling in the number of cases as was expected by the Government and health agencies which have been monitoring the figures quite closely.

Premier Andrews is not closing all options and is still optimistic that he might be able to make a positive announcement on Sunday as is evident from his statement – “I still don’t think that on Sunday we’ll be able to go as far and as fast as we’d hoped but there will be significant announcements.”

The Premier has committed to give a more detailed picture of how things are going to unfold on Sunday. He will lay a roadmap of what the next few weeks would look like, and reiterated that the current case number targets that were guiding discussions on Victoria’s roadmap to reopening were not set in stone.

“At some point, the cost of the restrictions will be greater than the increased risk and the increased challenge for our public health team to keep suppressed the virus if we open earlier than we had planned,” Mr Andrews said.