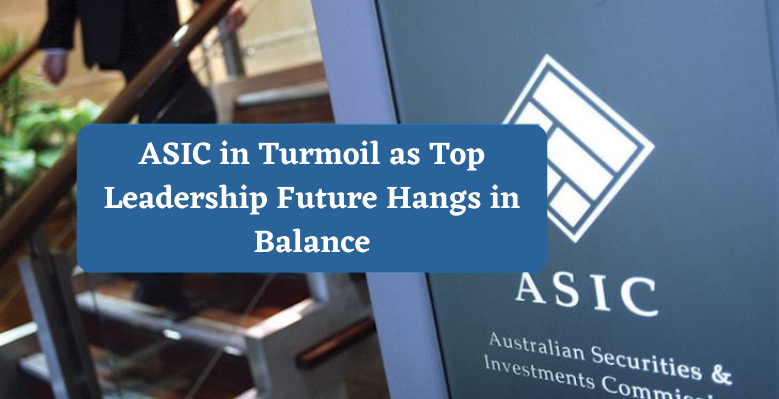 One head has already rolled away with the resignation of Deputy Chairman Daniel Creenan of the Australian Securities and Investments Commission (ASIC), and the future of Chairman James Shipton is unclear as he stands aside awaiting an investigation into his claims and compensation for expenses. If you think we’re going to end up with new leadership that’s tougher on the big end of the region, think again, maybe.

James Shipton began his tenure as head of the ASIC in February 2018 after being named by the former Turnbull government, with Justice Kenneth Hayne’s Royal Commission on Corruption in the Banking, Superannuation and Financial Services Sector underway.

Justice Hayne released a study after months of leaks from congressional hearings, criticizing the toxic sales culture in the financial sector and excoriating regulators to deal with it.

For its penchant for cutting deals with corporate miscreants rather than punishing them, ASIC came in for particular criticism.

Former investment banker Greg Medcraft, Mr. Shipton’s predecessor was infamous for preferring backroom deals and settlements over legal action, despite admitting that Australia was something of a white-collar crime paradise, but he is only one in a long line, representing a long-standing culture.

ASIC was blamed by the judiciary as far back as 15 years ago for going soft on high-profile, white-collar wrongdoing.

The impression of a captive cop, too similar to those intended for police, was strengthened by cosy cocktail functions with business leaders.

A former Harvard law professor and regulator of Hong Kong firms, Mr. Shipton is hardly a radical or a firebrand. But with the zeitgeist, he passed. ASIC followed a formal ‘why not litigate’ stance? Which made court action the first choice for dealing with firms which violated the law, rather than the last resort.

It created a better-resourced compliance office, started talking hard, and behaving a little harder than it used to be.

But the zeitgeist was shifted by the recession. The economic malaise triggered by the health restrictions of COVID-19 and the possibility of widespread company defaults has provided a reason for business lobby groups to furiously advocate for the relaxing of laws.

Treasurer Josh Frydenberg and his team have considered them receptive.

The Federal Government has sought to soften responsible lending laws amid the body of evidence on dodgy lending by the Royal Commission. It suspended rules against insolvent trading as the downturn began and stopped creditors from pursuing firms that failed to fulfill their obligations.

Now it requires new legislation that allows businesses that are broken or in trouble that enter “bankruptcy protection” and hold creditors at bay, similar to those in the United States. The law would also prohibit corporate liquidators from performing a comprehensive and thorough review to decide if the corporation was operating insolvent, and limit their scope to explore the money trail to decide when funds had been spirited away in a distressed sector.

The regulations are actually only applicable to small and medium-sized companies, but big business groups want them to be expanded.

In general, conservative governments are more inclined towards soft-touch business regulation, and while after the Hayne Royal Commission, the pragmatic and adaptable Prime Minister and Treasurer expressed sufficient indignation, it is not shocking to see the pendulum swing back the other direction.

So, if Mr. Shipton and his team are deposed, do not expect to see a hard-nosed, tough-on-white-collar crime boss take over.

Australian governments have always favoured a corporate cop more in the mold of a friendly and unarmed British bobby than a Dirty Harry, and the strong corporate lobby that controls politics.