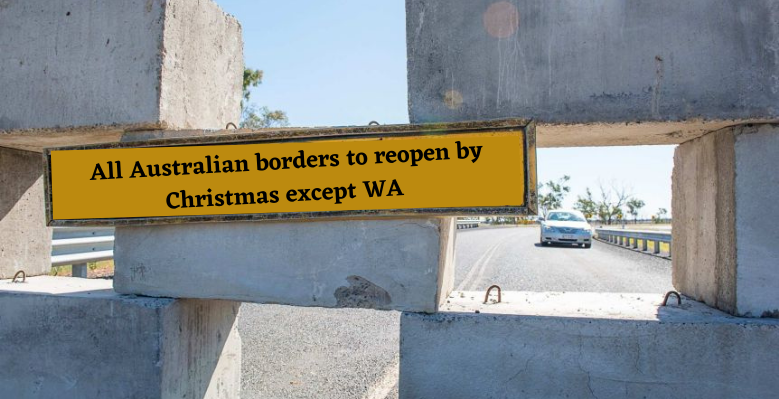 Australians will be able to enter all territories and states except Western Australia borders before Christmas.
Prime Minister Scott Morrison declared that after meeting state leaders on Friday.
He said that I was not preparing to reopen any travel bubbles with other countries before the end of the year 2020.
Mr Morrison said National Cabinet had also agreed to public health standards to assure states and territories remain open in 2021.
However, Western Australia is easing some border limitations; still, travelers from Victoria and NSW must remain to quarantine upon arrival.
Mr Morrison said states that were reopening could get lessons from NSW, which he dubbed as “battle-hardened” from few months.
The Prime Minister said people of Australia also needed to accept that maintaining social distancing, adhering to COVID-safe measures, and checking into venues were new normal parts of life.
“The big task is to reopen safely and then to stay safely open, ” said Mr Morission.
“By staying safely open you’re giving confidence to people in jobs, to businesses, to people who are making decisions about what they are going to do in future. And stop-start, stop-start, would not provide that confidence” he said.

Since the outbreak of the pandemic, Approx 400,000 people have returned home in Australia from abroad.
PM Morrison said the list of Australians needing to return had continued to increase as situations worsened with the northern hemisphere heading into winter.
He said the national preference was getting Australians back first, which meant pilot programs to take foreign students into Australia were unlikely to happen in 2020.
“The difficulty at the time is we expected to be further leading on this by now, but the truth is there are numerous Australians in unsafe situations, and they are trying to get home,” said Mr Morrison.
“That must take preference, and I am sure the university sector would understand that.”