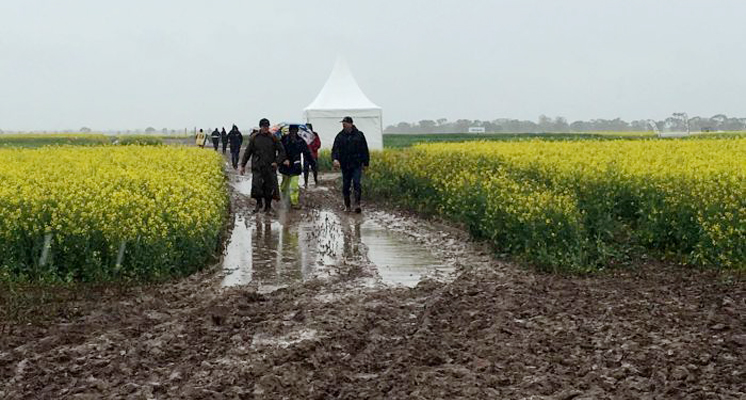 Amidst the lockdown and the rising cases of corona with fatalities among seniors on the rise Victoria is reeling under the devastation caused due to a storm that left three people dead including a four year child. A few suburbs in Melbourne are facing a power outrage because of the storm. A huge cleanup is underway to restore electricity and clear roads for traffic.

A woman in Fernshaw was killed while travelling with another woman on Maroondah Highway when a tree fell on their car. The other woman survived with minor injuries. A 59 year old Tecoma man was in his vehicle when his vehicle was hit by a falling tree. The painful death of a 4 year old boy has left his family devastated when he was hit by a tree while being out of his home with his sister and father.

Premier Daniel Andrews has expressed his condolences to the loved ones of the people who lost their lives in the storms overnight.

The majorly affected areas by the storm have been Lilydale and Emerald in Melbourne’s outer east. The state emergency department received 1700 calls for help throughout the night. Till Friday morning more than 50000 homes were without electricity. Road users have been advised to drive safely especially in the Eastern Suburbs of Melbourne and the Yarra Ranges.

As if the storm was not enough news of Yarra Valley Water contamination has led to panic buying of bottled water from supermarkets in Melbourne. Bottled water across supermarkets has been wiped out as soon as the news of tap water being contaminated from the Yarra Valley Water was reported. Yarra valley water supplies water to 88 Melbourne Suburbs all of which have been affected after untreated water entered the supply water. Authorities have issued an advisory to 250,000 households to boil water before using it for cooking and drinking. Although there are very less chances of gastro type diseases still one should contact their GP in case they have already used the water and not feeling quite good about their digestive system.

Blackburn, Box Hill, Bulleen, Bundoora, Burwood, Eltham, Epping, Doncaster Somerton, South Morang, Ringwood are few of the affected suburbs along with many others due to the contaminated water.

Meanwhile Victoria registered 113 new cases of corona with 12 deaths. The Lockdown although being followed and enforced with utmost care, the rising cases of deaths and positive cases of Corona remains a cause of concern.